Hannah recently made the JV tennis team at Eisenhower High School - Ike!
She's having a good time and just last week she participated in her first competitive match against Wenatchee.

She and her doubles partner won!
I was able to capture some pictures of the games...

First I just have to say that there is something very frustrating about trying to photograph tennis.
It's called "the fence"... 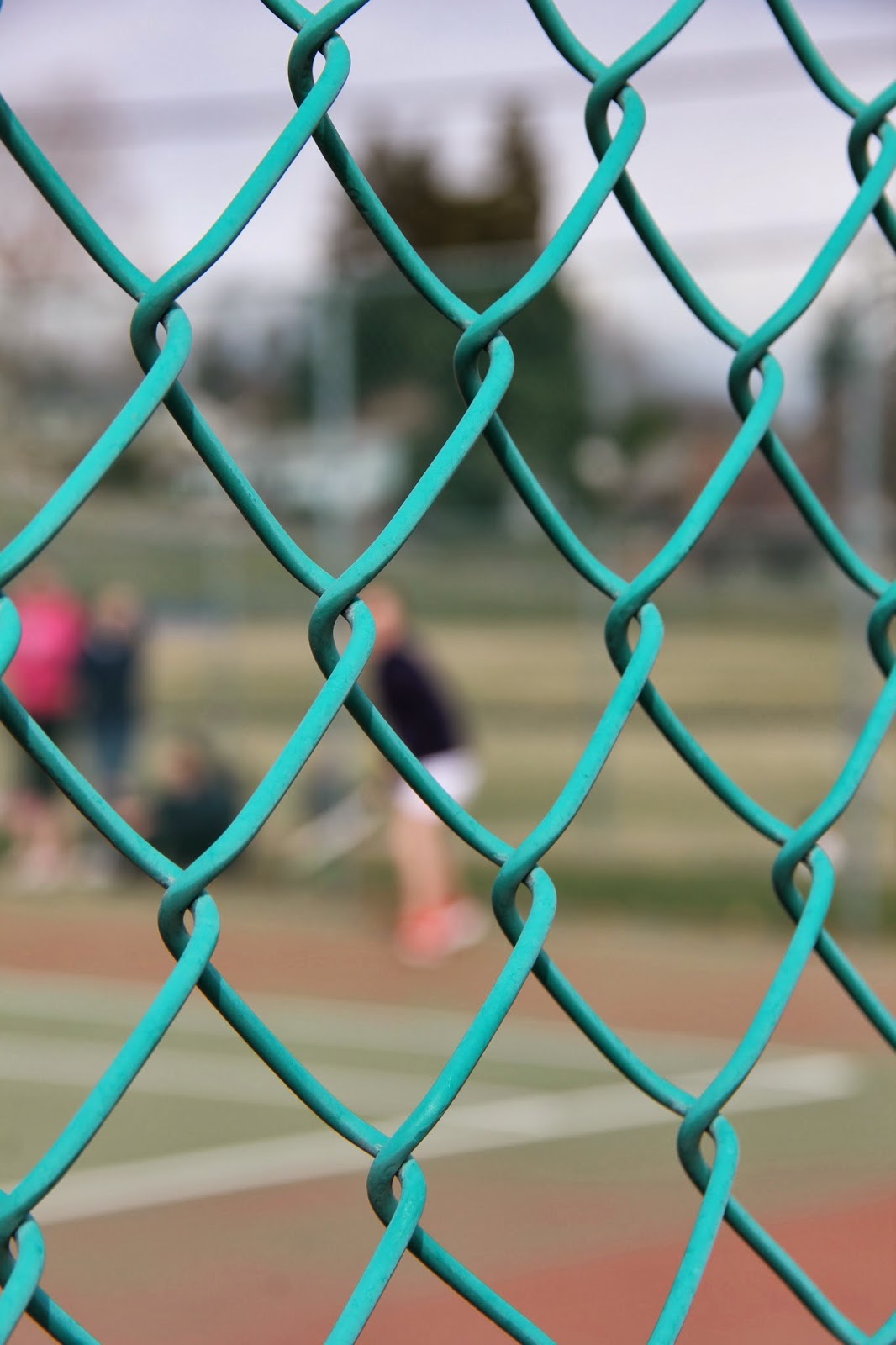 It really likes to be the center of attention!

Hannah's uniform was set off with some really cool shoes! 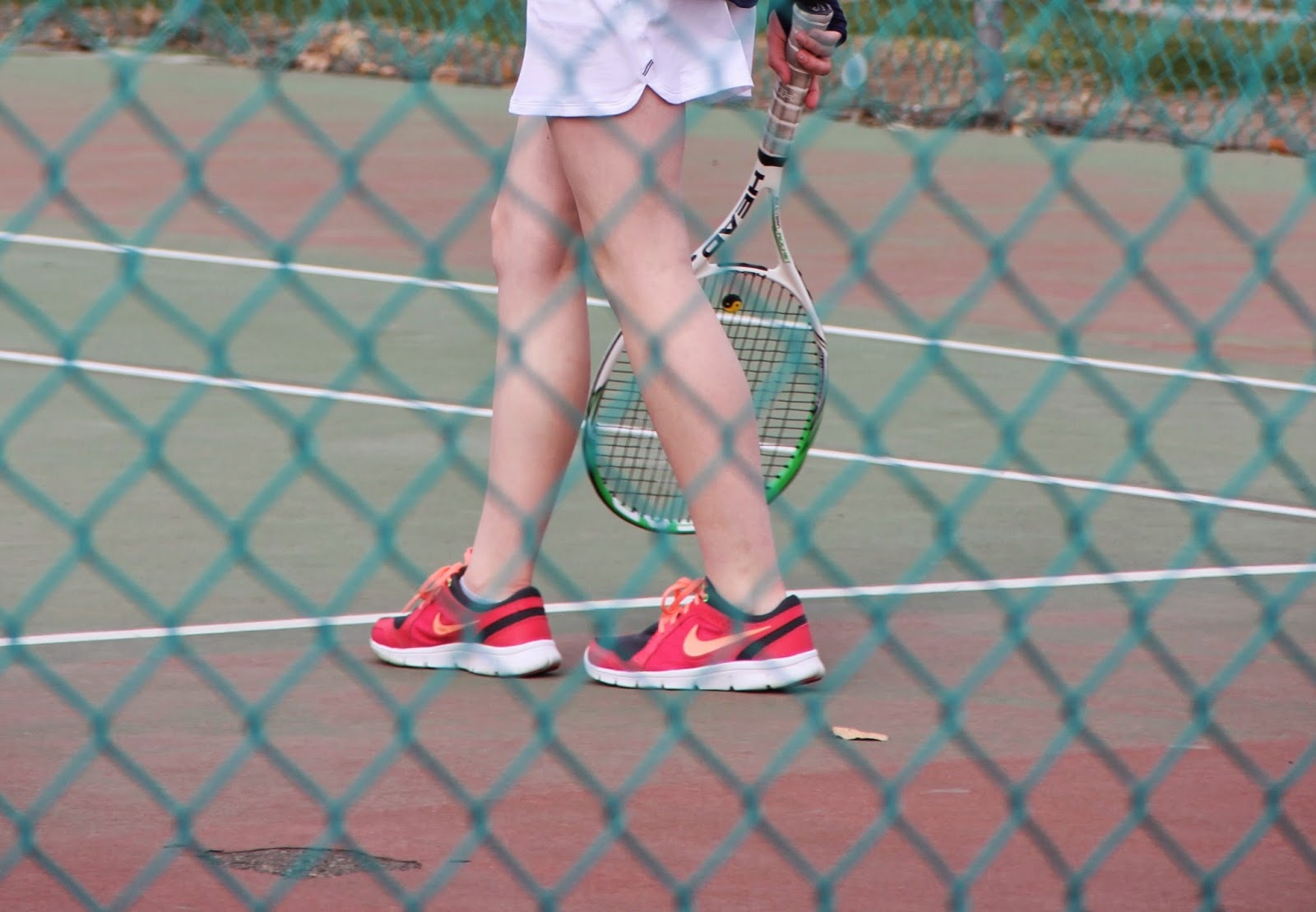 So here's some action shots! 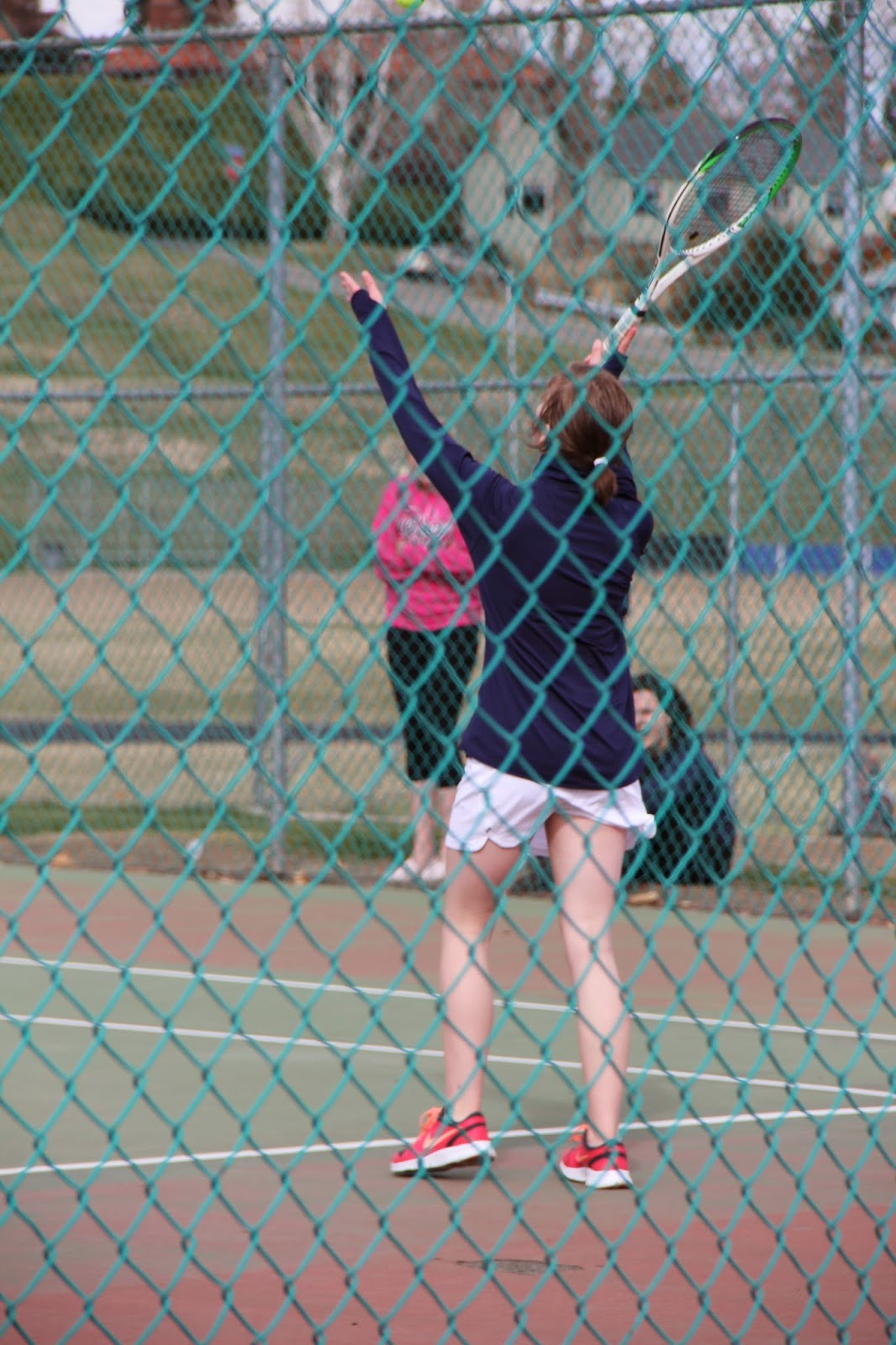 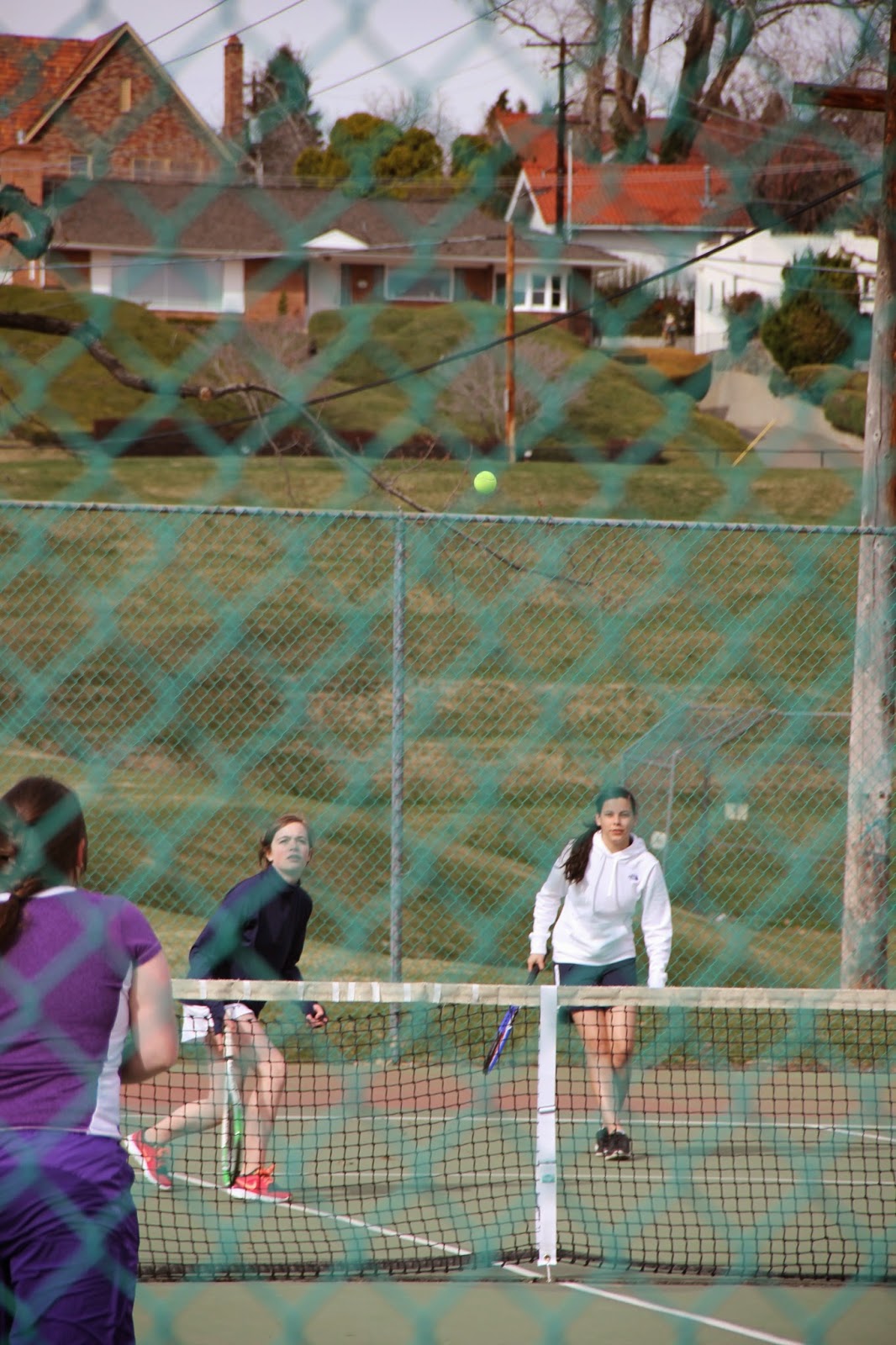 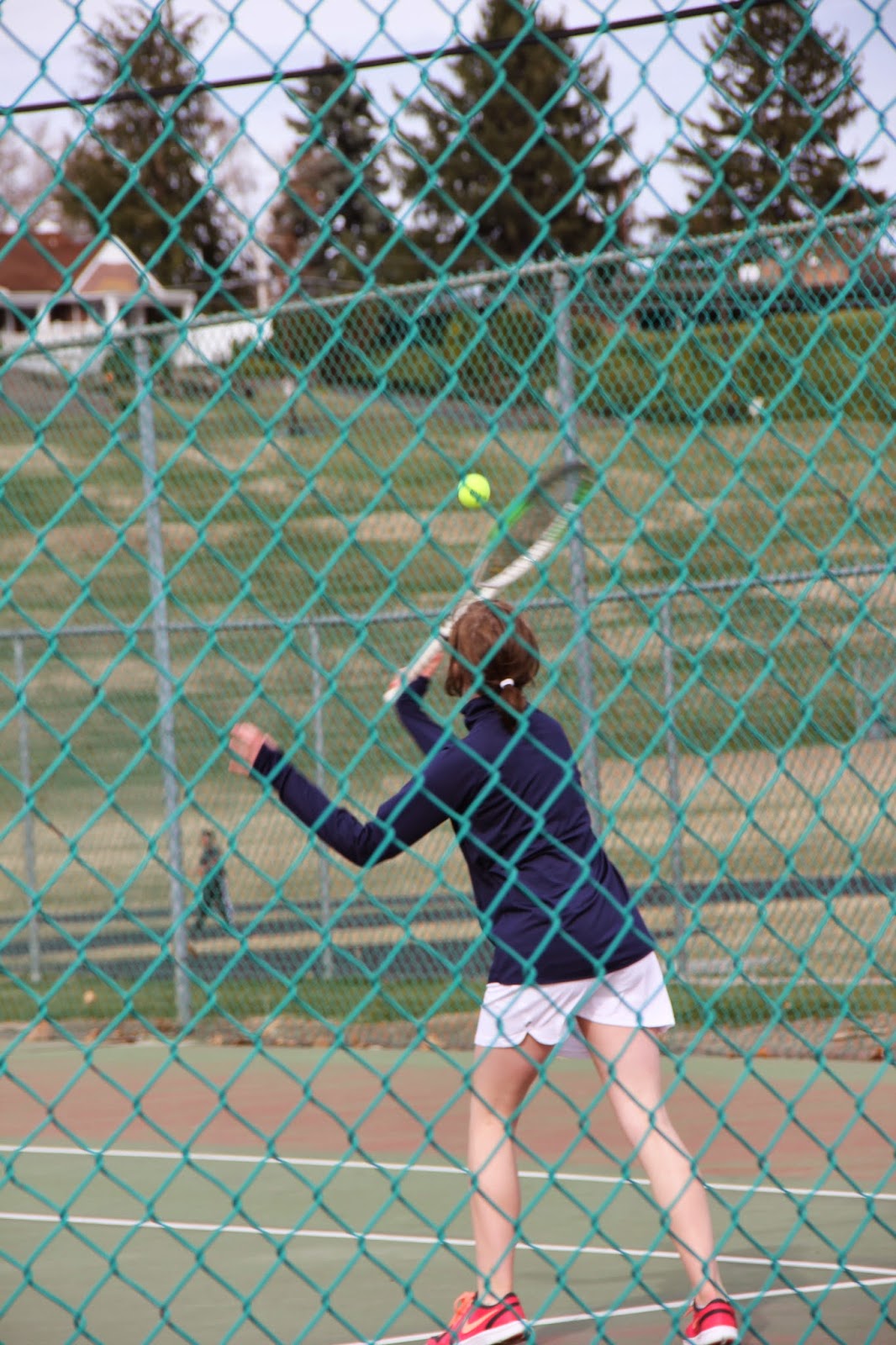 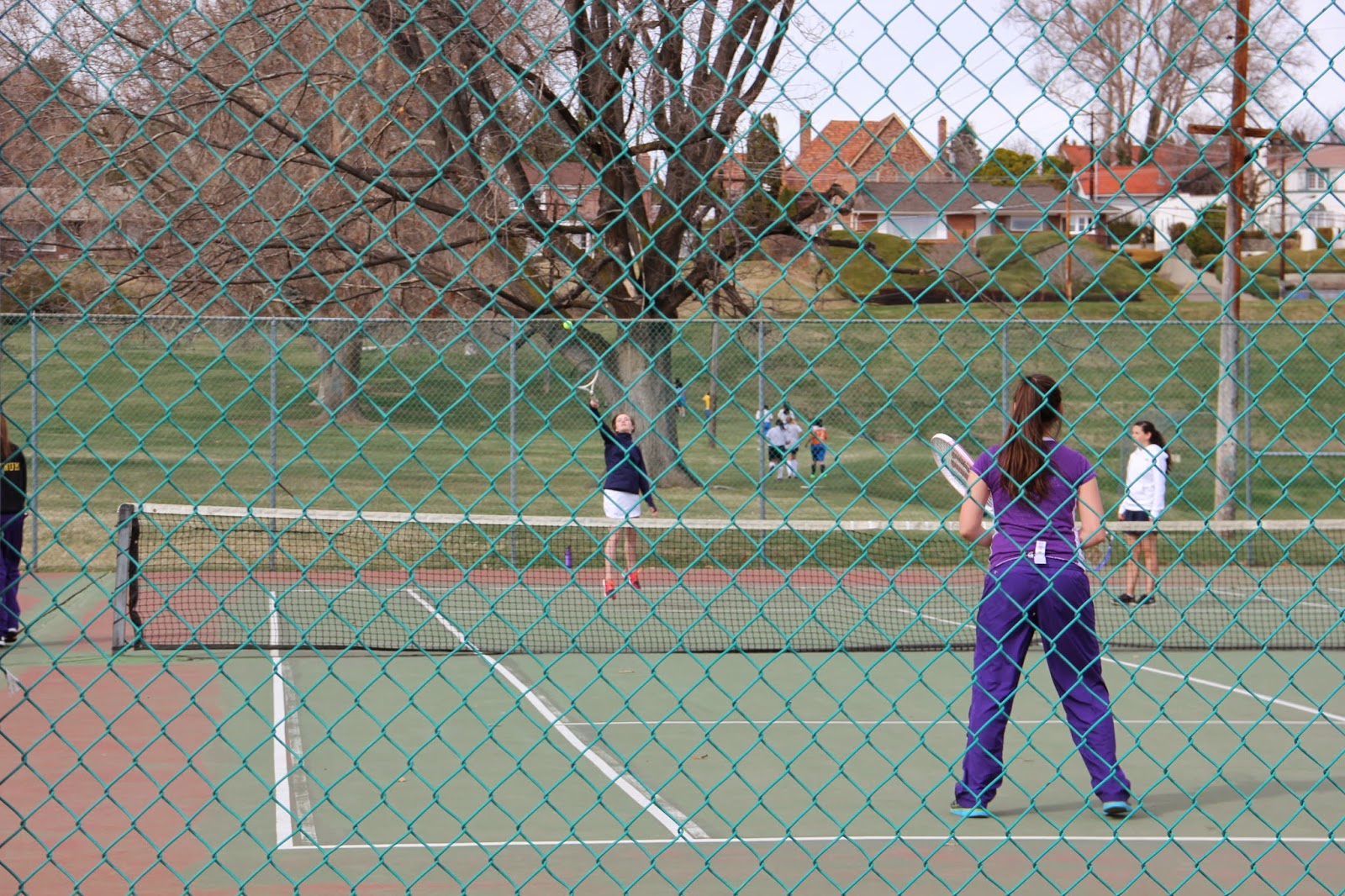 And here's the coach telling Hannah that they need to take it easier on the other team...not beat them too bad! 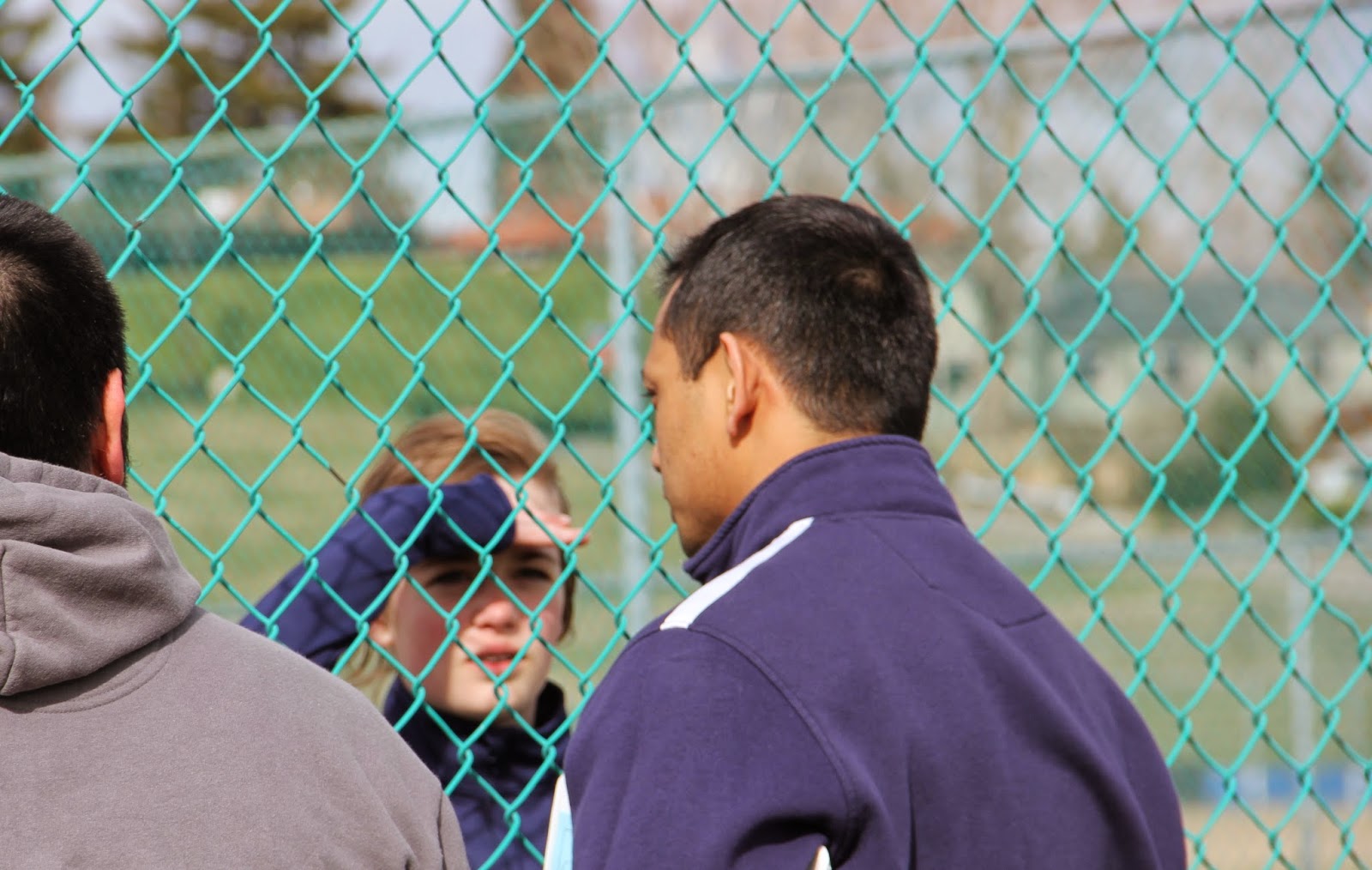 And here are just a few of my favorite pictures!
She's making tennis look fashionable and fun! 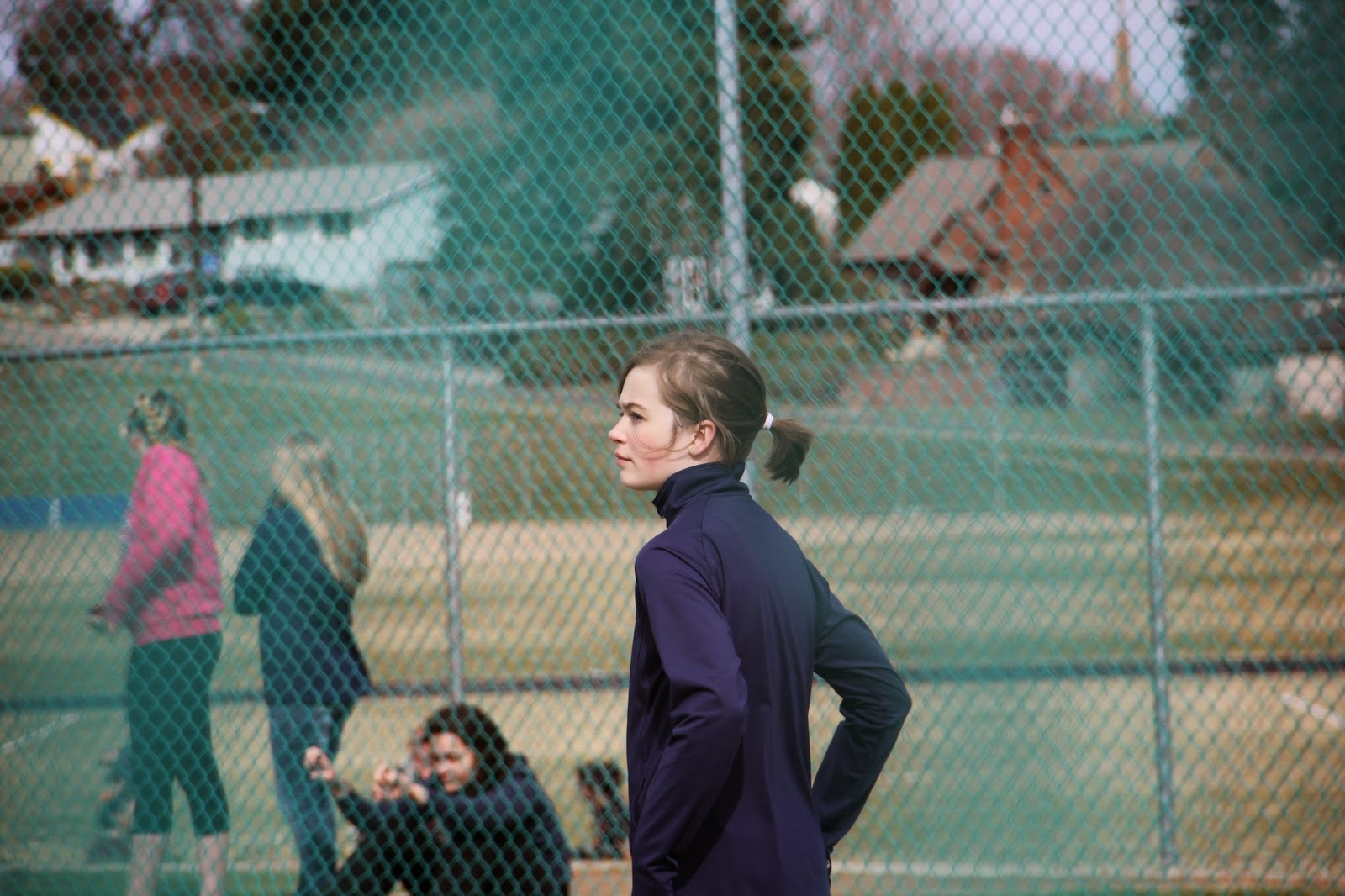 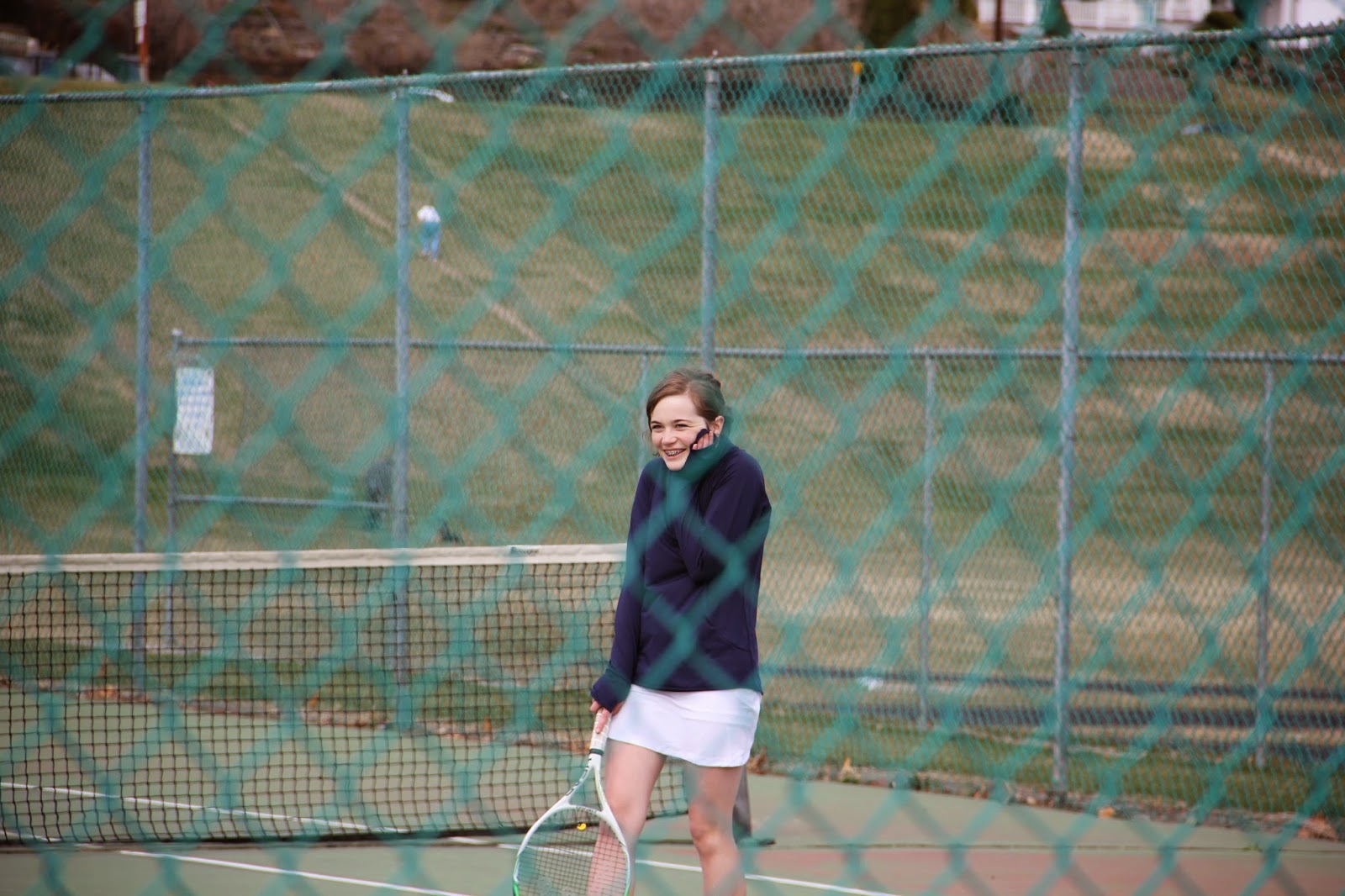 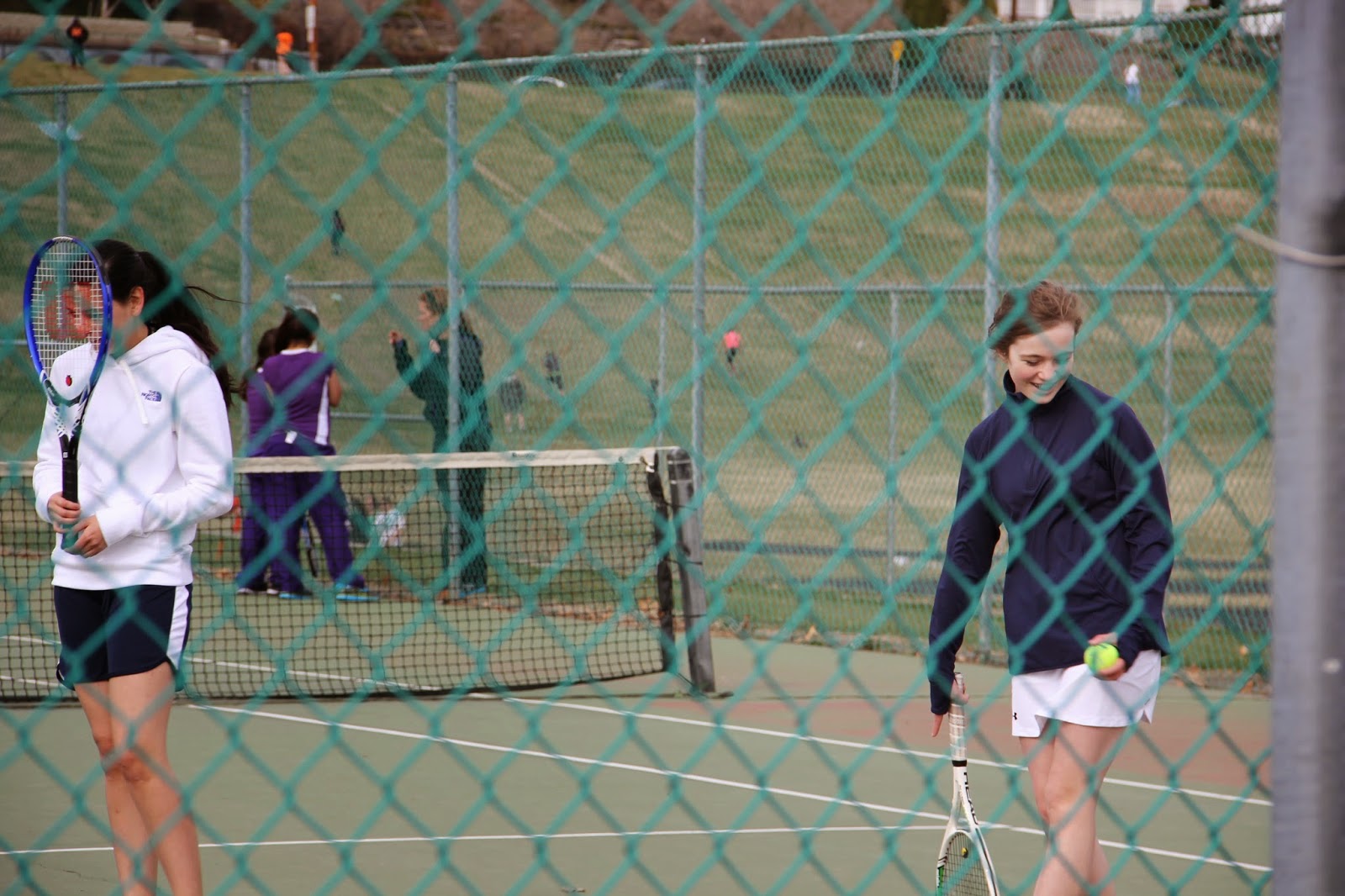 Looking forward to the rest of the season!

Bridget...a dedicated and enthusiastic reader of my blog says this about my last post:

"I must know, what is hidden behind that draped cloth?!"

I decided to take some photos and show you!
First...about the draped cloth.
Its actually a sheet that Hannah helped Jenelle decorate with flowers from an old Hawaiian lei and thumb tacked to the ceiling. 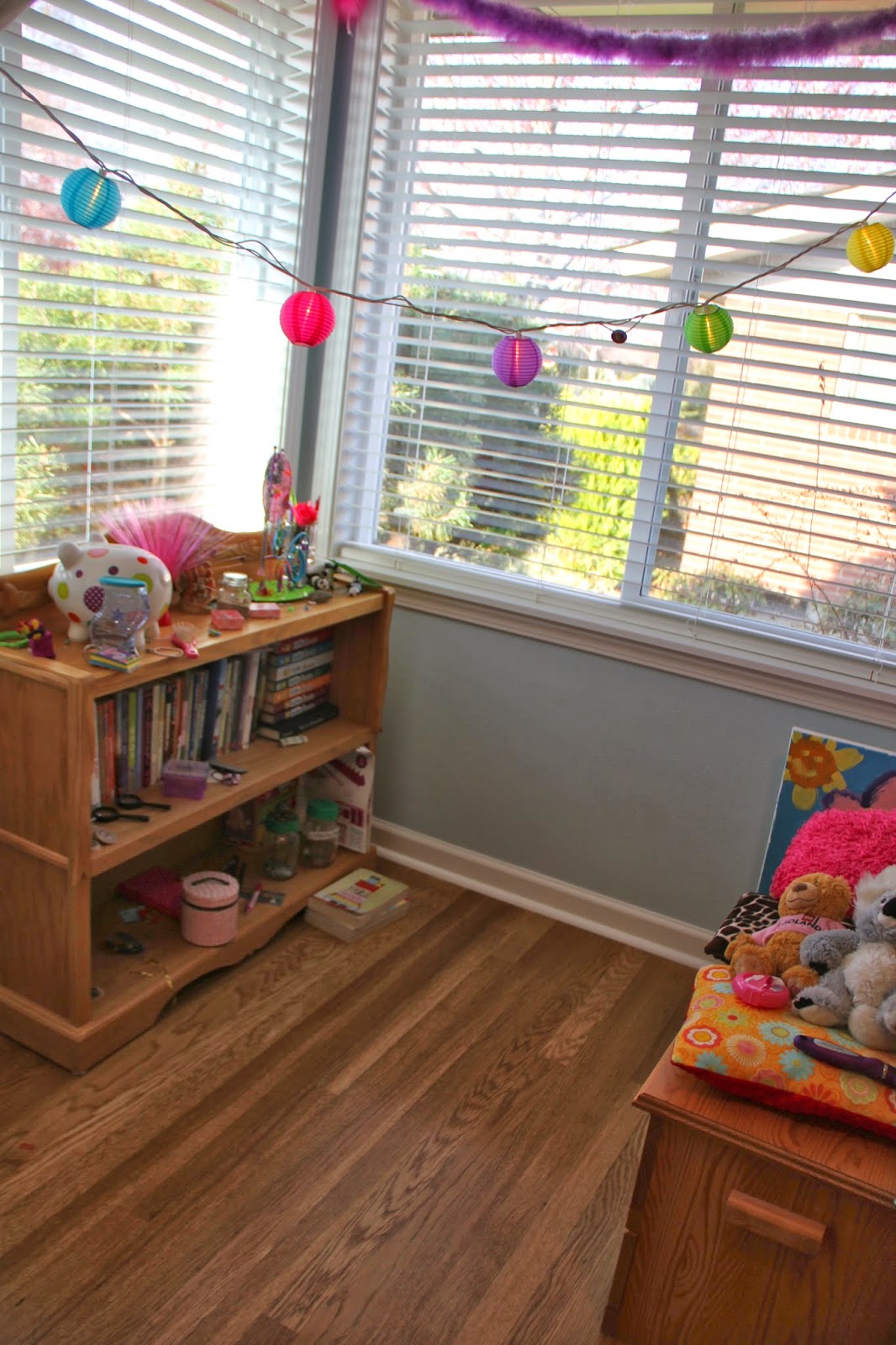 These cool lights were snagged on a trip to Ace Hardware with Dad... 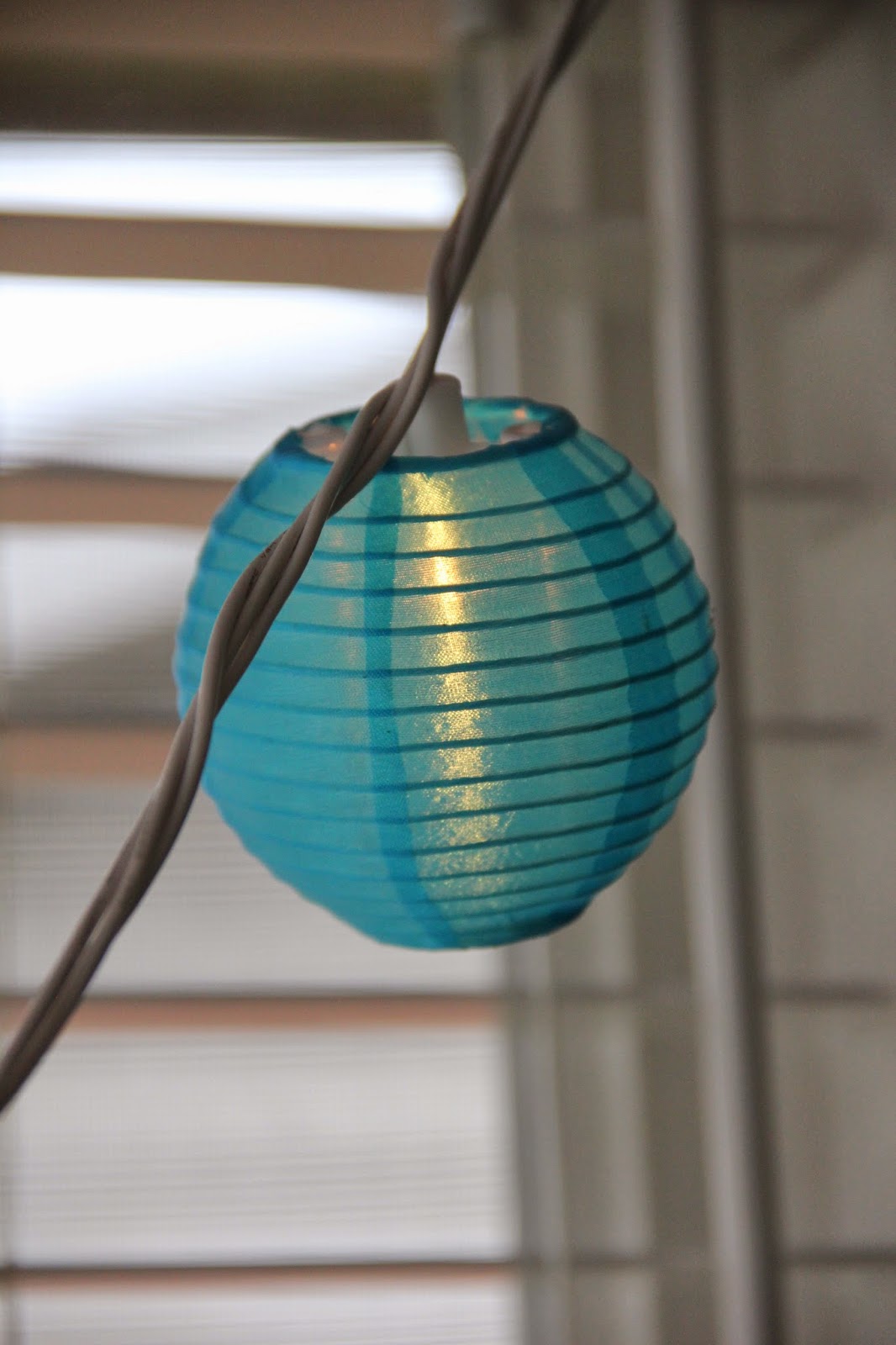 The boas were a gift...birthday I think...that Jenelle thought would look good as valances.
And she was right! 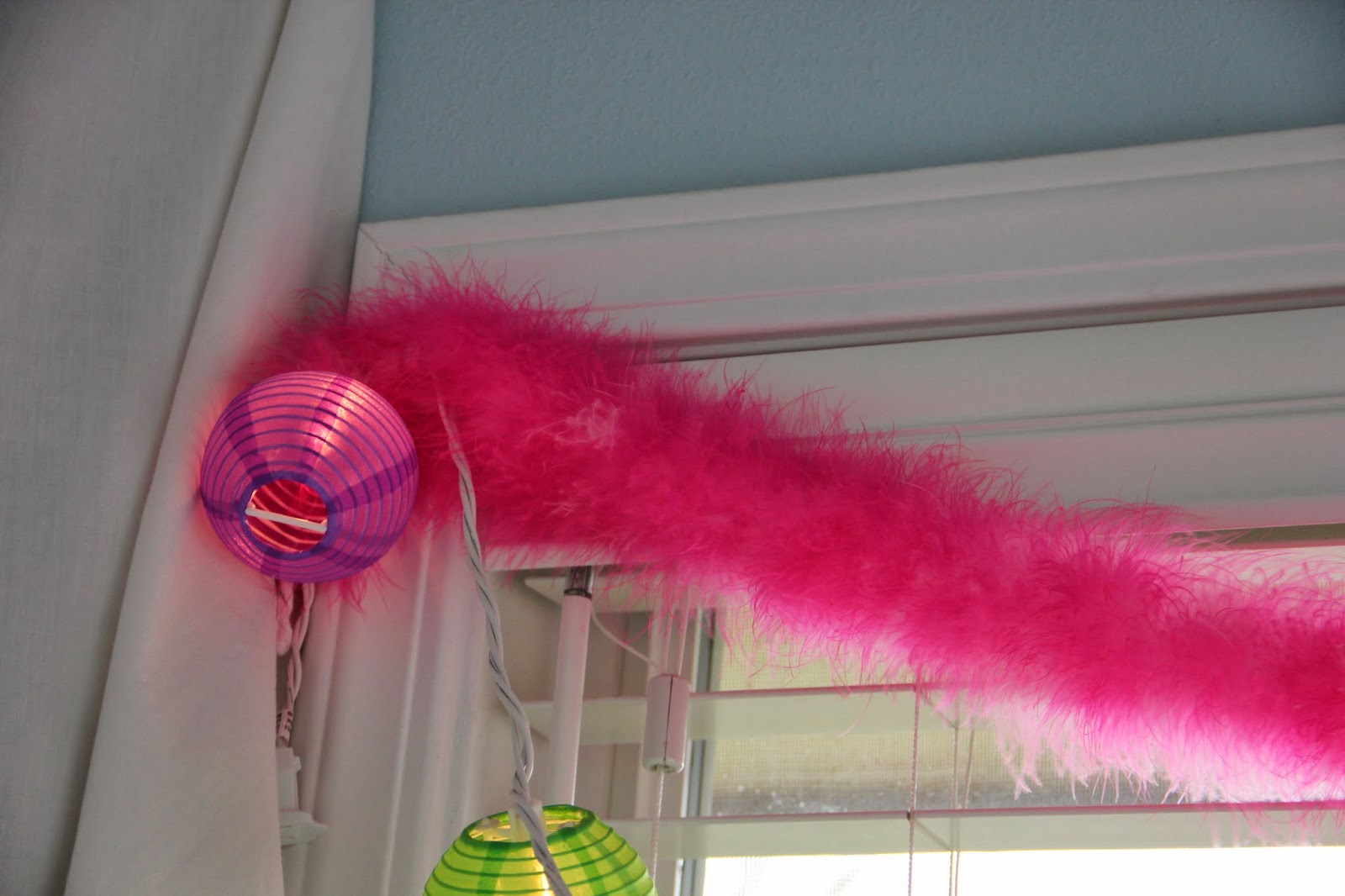 All the colorful jewelry a girl could need! 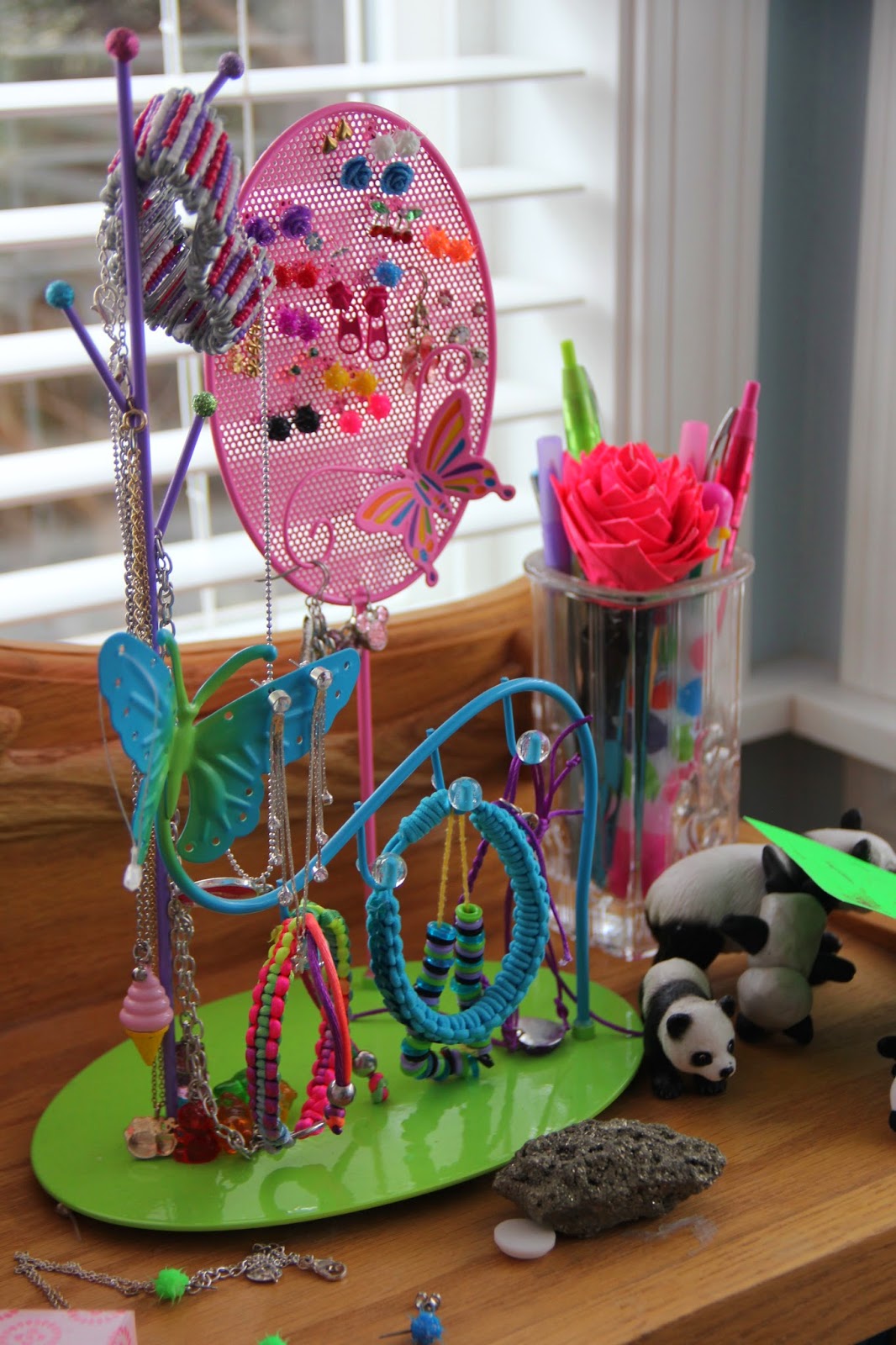 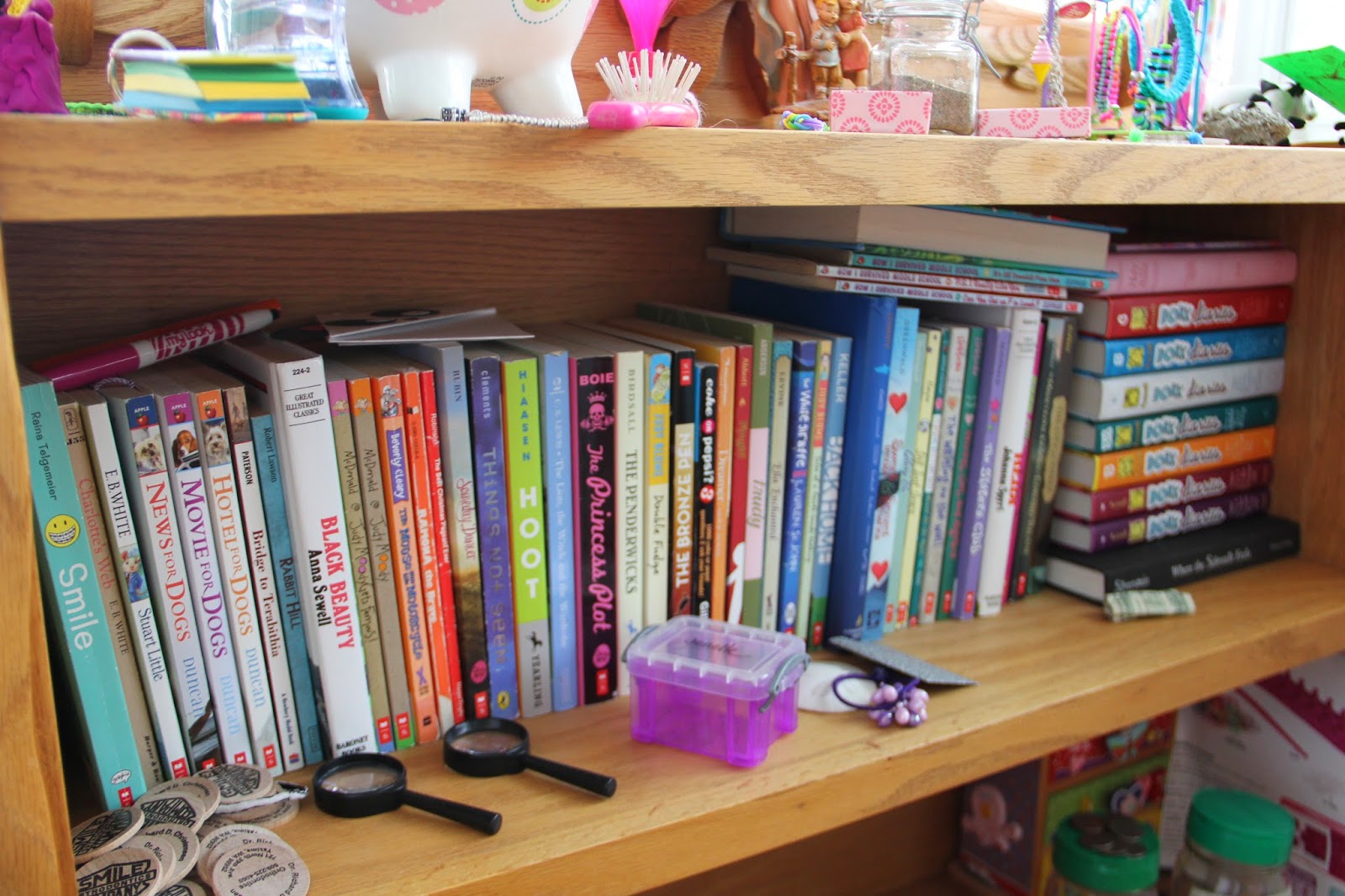 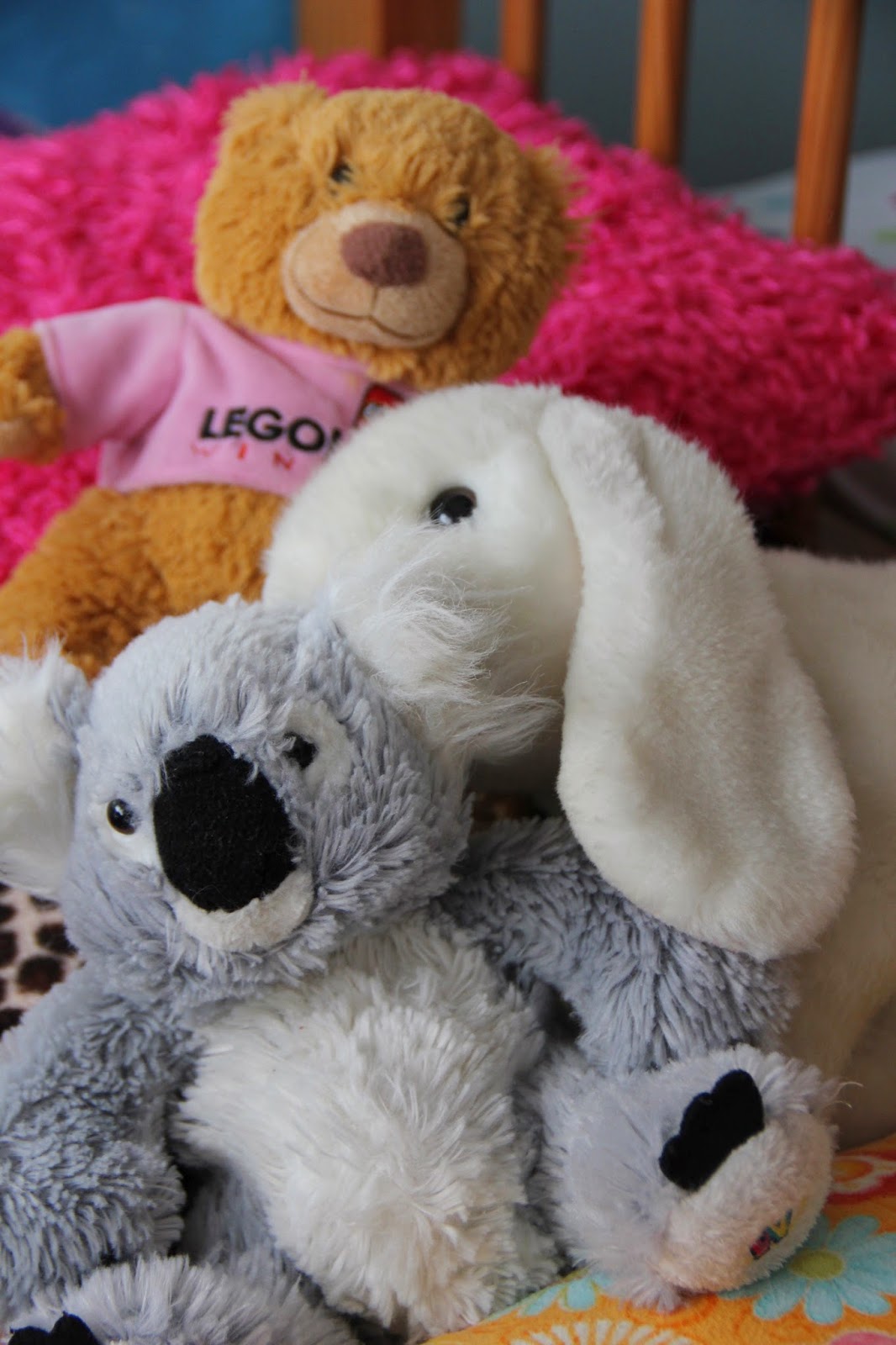 So there you have it!
Now you can sleep at night!
:) 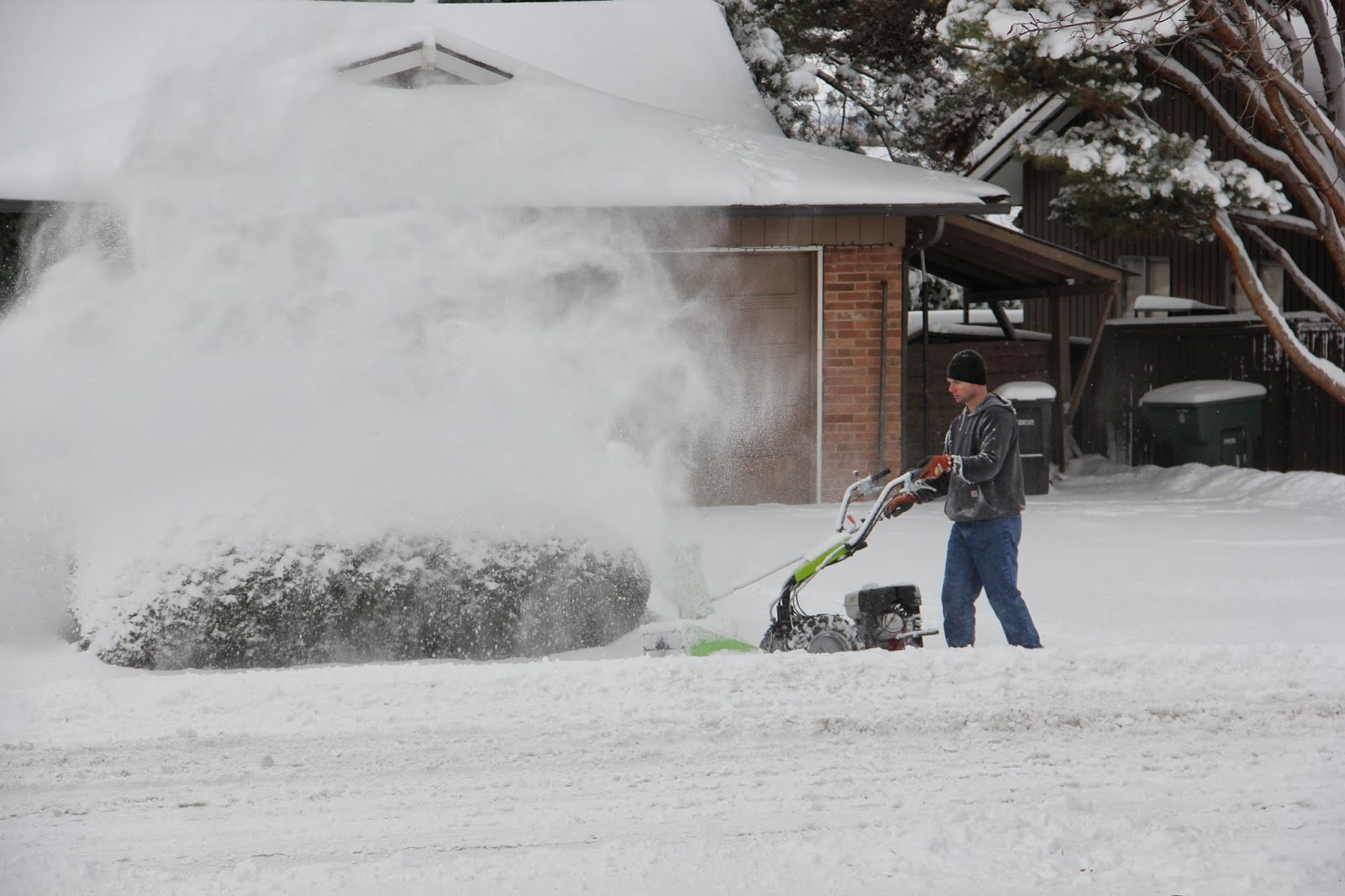 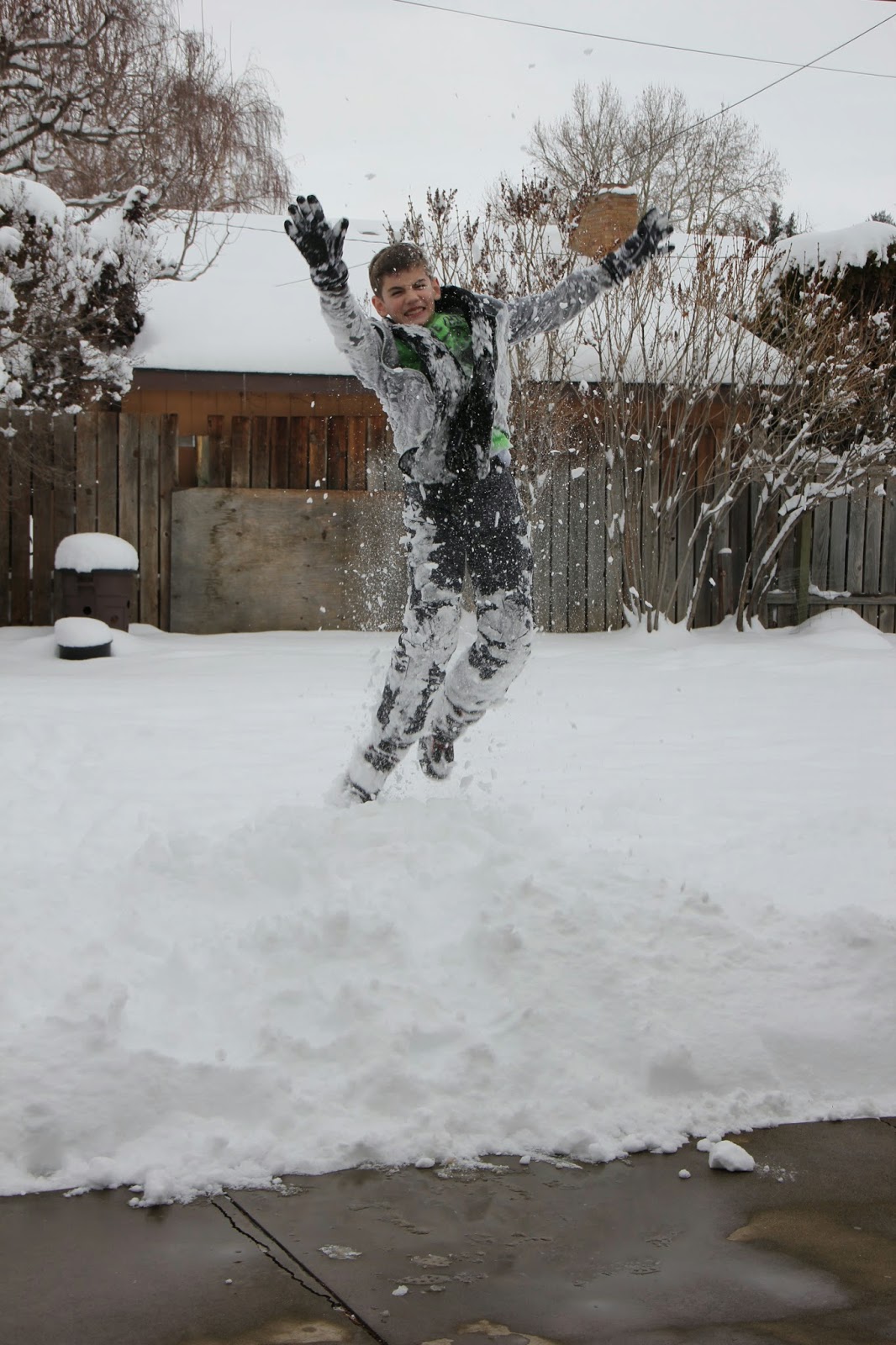 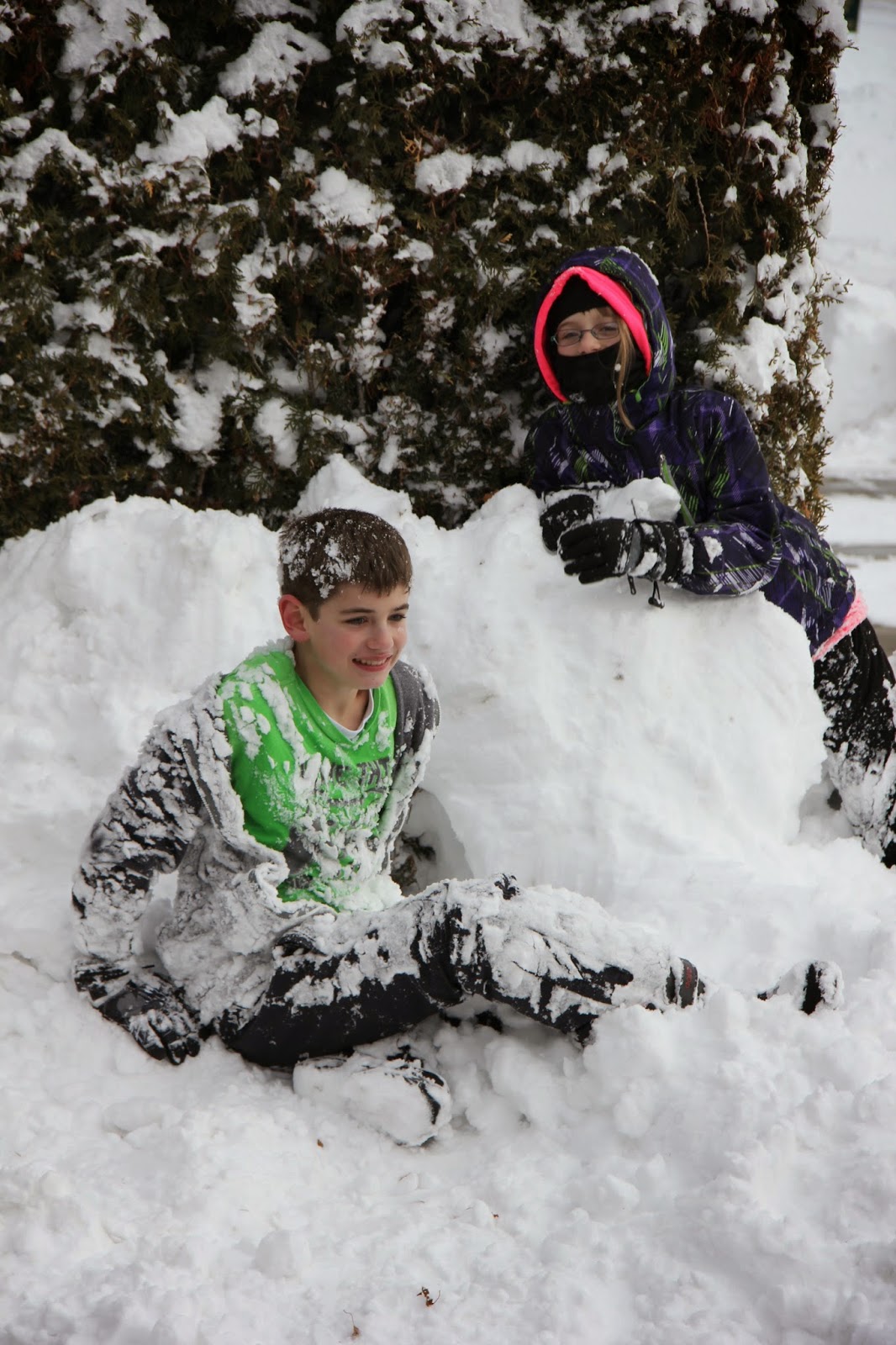 It was pretty and a bit of fun, but we (maybe just me) were already in the "I'm so over Winter...come on Spring!" mode.

Well now it's officially here!
And there was some recent "spring cleaning" in preparation for this lovely time of year! 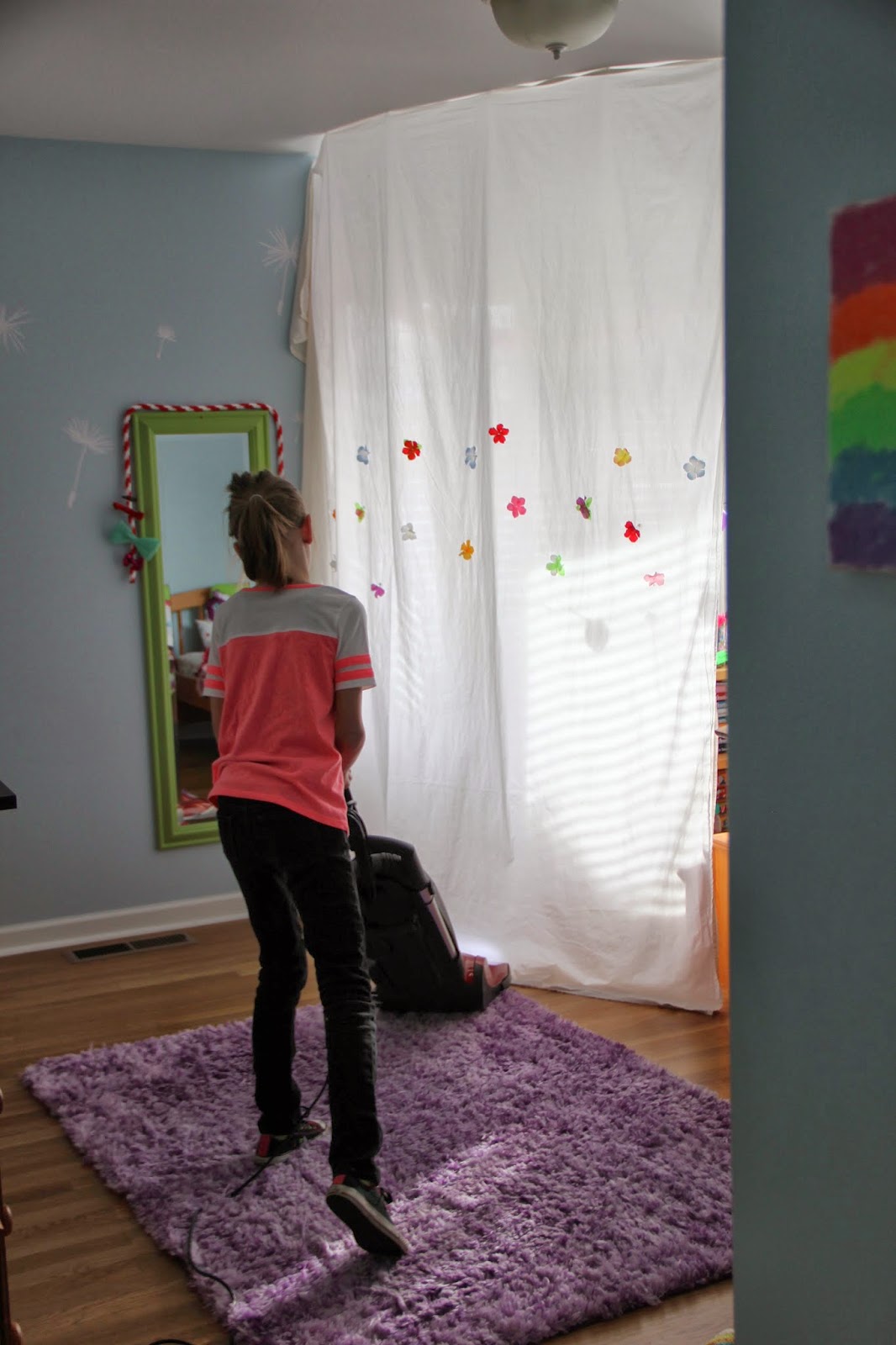 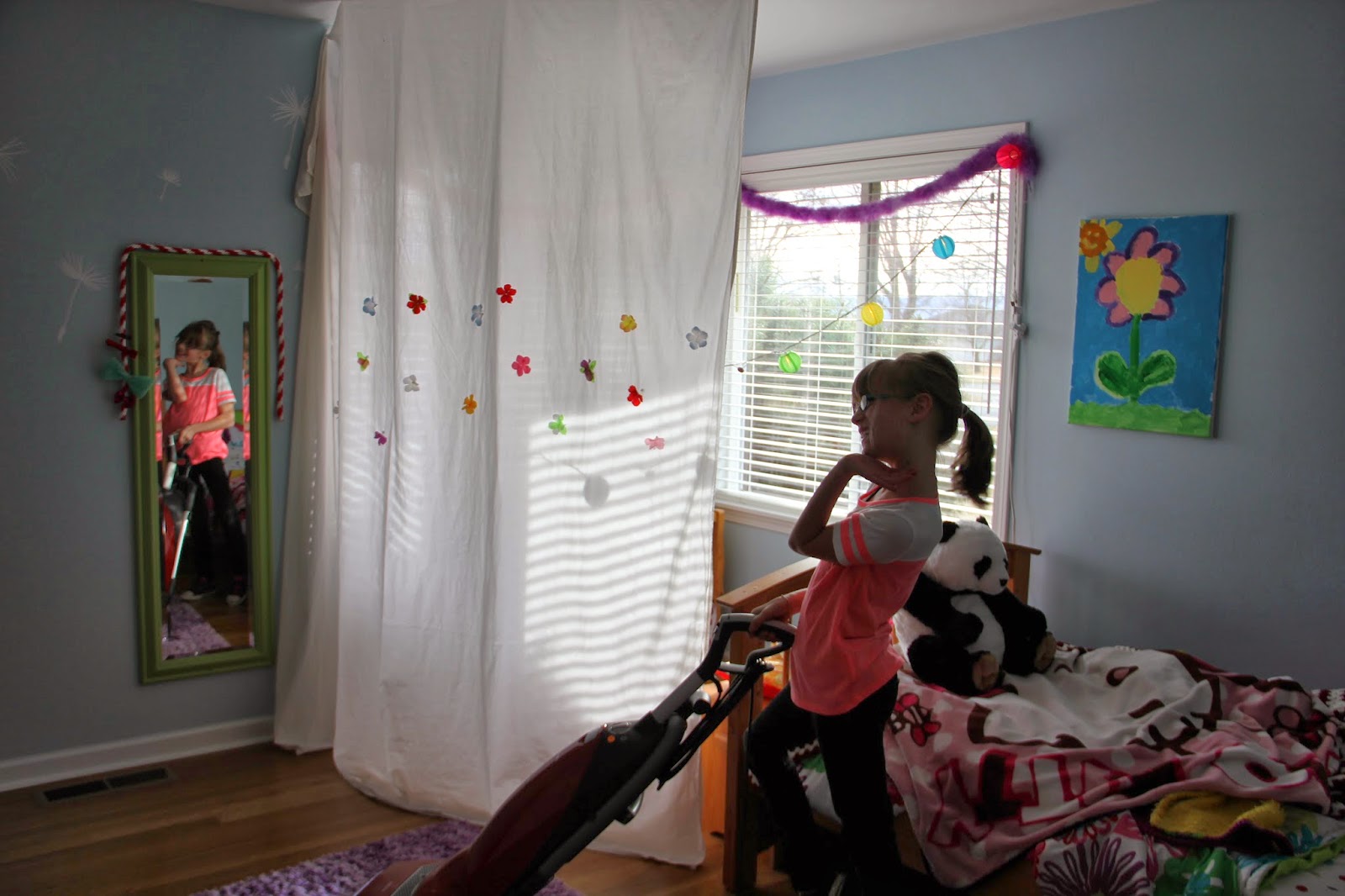 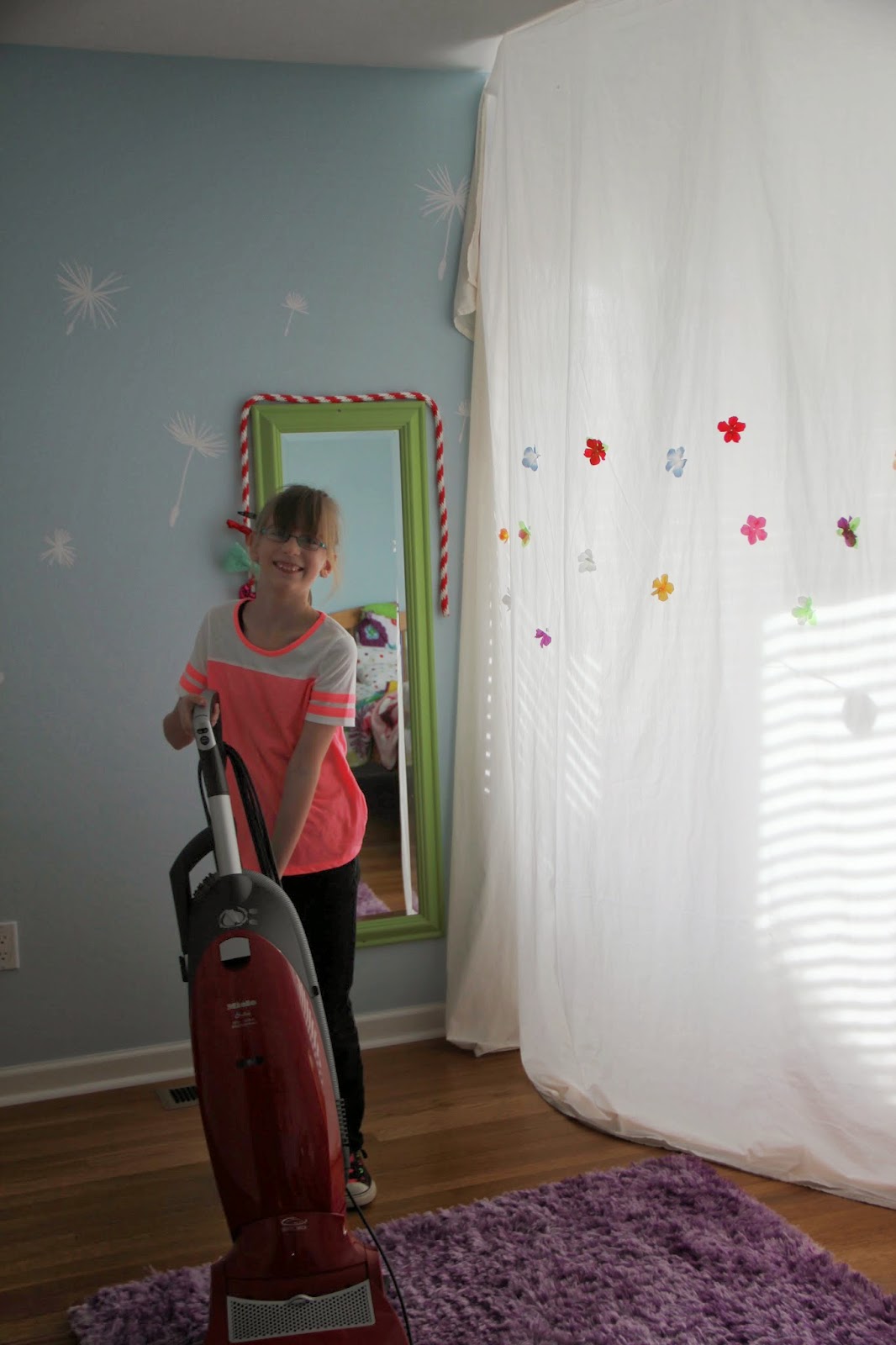 As well as a few primroses to bring some color to the still brown landscape! 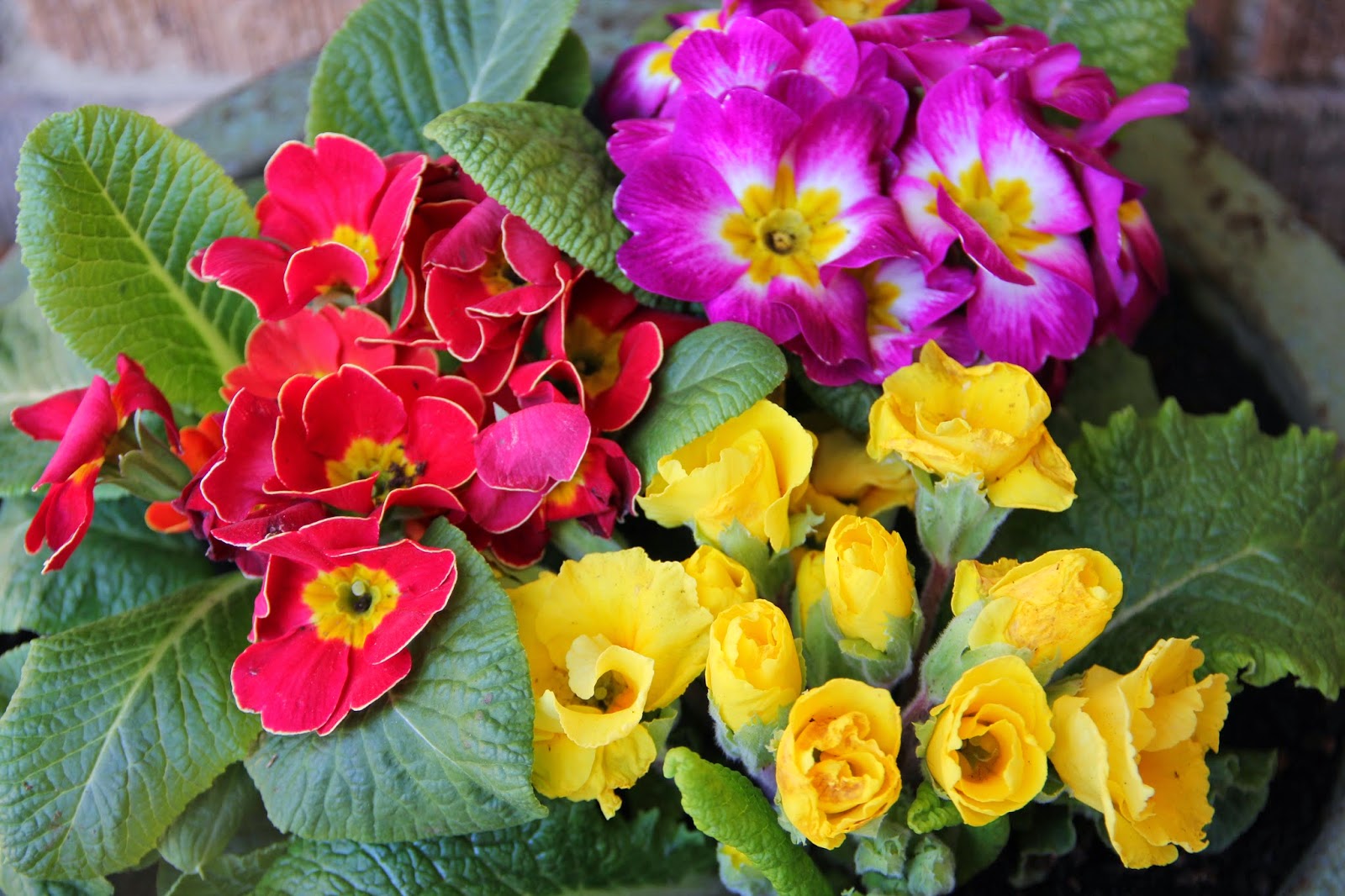