I haven't been really good about taking pictures lately, so I was looking though my photos to see what I could do a blog post on.

I found pictures from the Central Washington State Fair...that was held in September...of last year!

I see a theme with my posts.  Good luck to me if I ever need to try and find anything chronologically!

Anyway, we try to go to the fair once every other year.  It can get expensive.

This year we all went, just not on the same day.
Hannah went to see a band (Plain White T's) with some friends from school.
Donald went on Rotary day (and me too).
And I took Ivan and Jenelle on a day so they could ride the rides and eat the goodies (and me too)!

Each year you can buy a wristband that lets you ride all the rides you want...as many times as you want.

I thought that maybe I should actually buy one this year.  I always watch and wish that I had...
Well...it lasted a couple of rides until I got on this one:

It really does look innocent enough and I'm no chicken when it comes to rides... 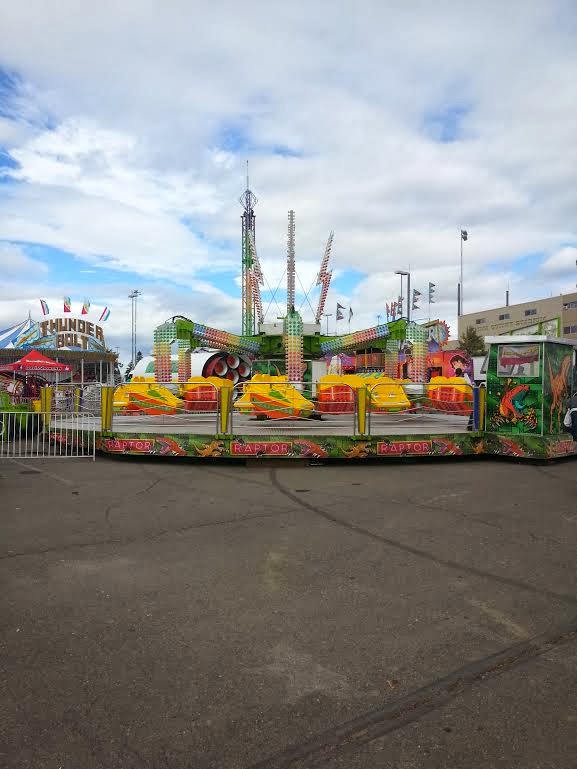 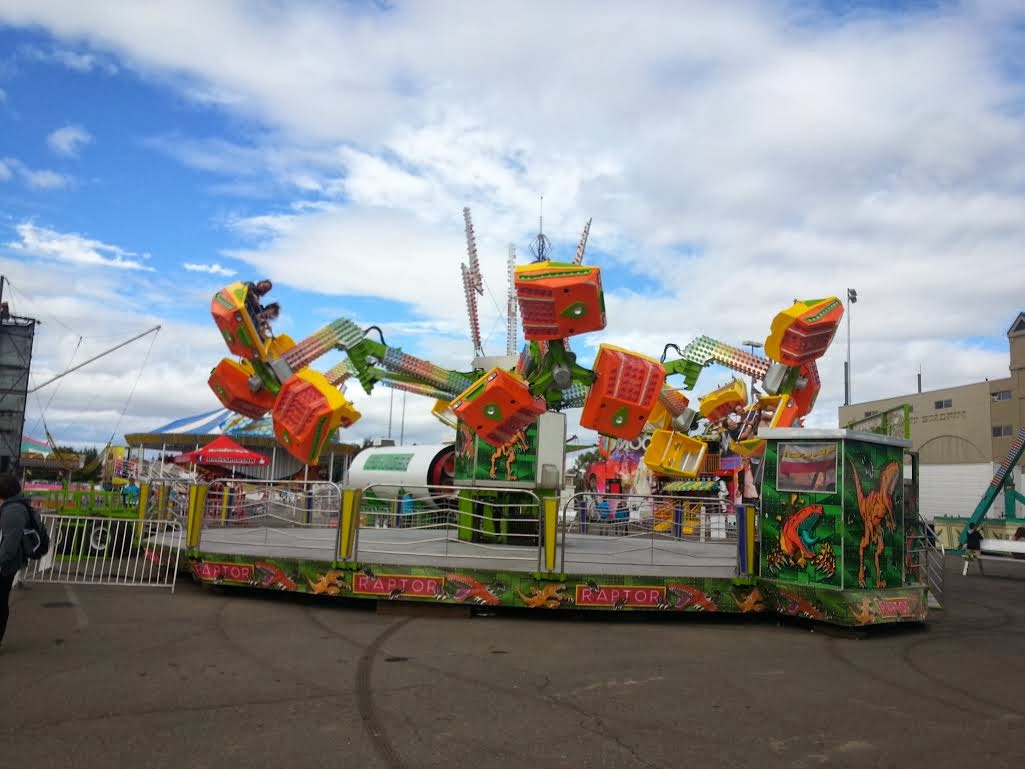 See, when you're a kid, you don't fear death at a carnival. 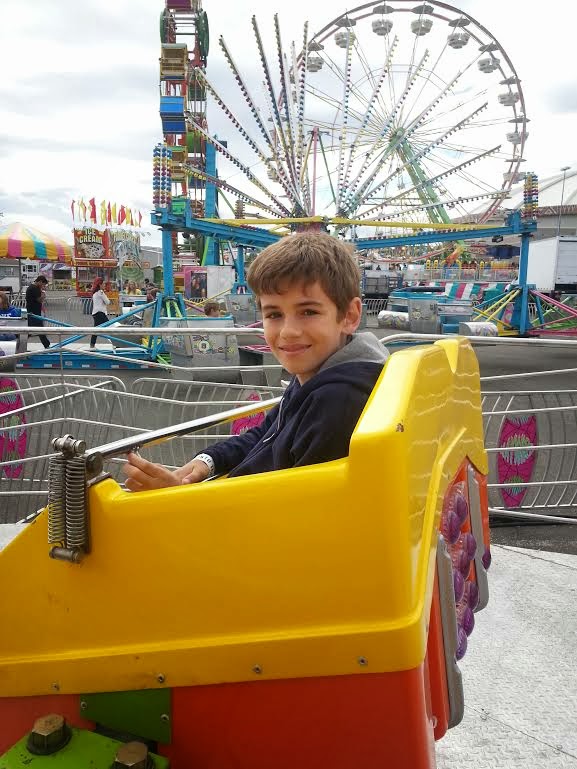 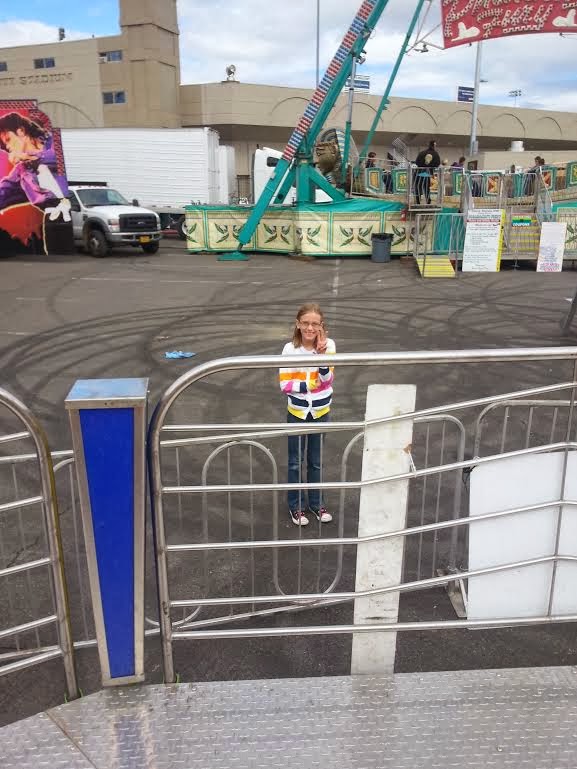 Well that was pretty much it for me.
I think I rode one or two more afterwards, but the headache and stomachache that were setting in made me call "Uncle"!
The icky feeling wouldn't go away, so we headed over to the food area for some greasy, sticky, delicious remedies!
Yep - it helped!
But next year I won't waste my money...I'll just watch and take pictures.

The kids did a few more rides.
We let Ivan do this one on his own!
You know the one - you go inside and stand against the wall while the whole thing spins so fast you can't move.
He loved it! 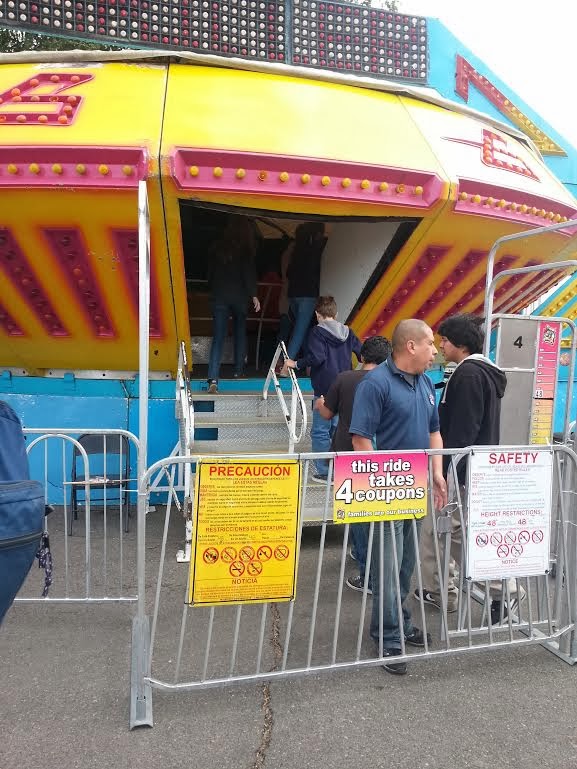 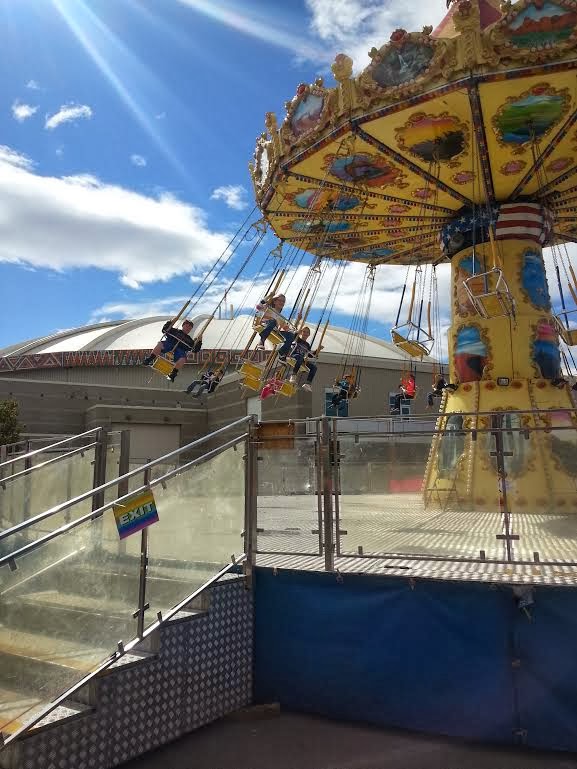 And they both did the big slide. 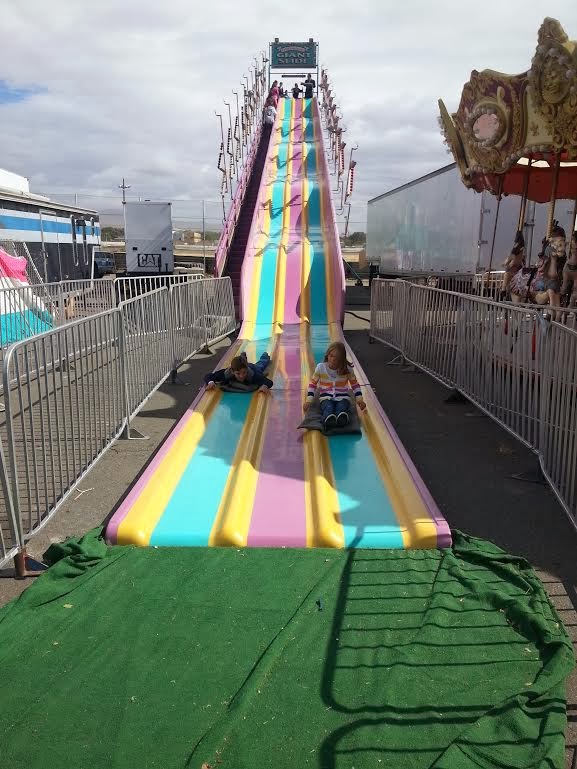 A fun day with these two! 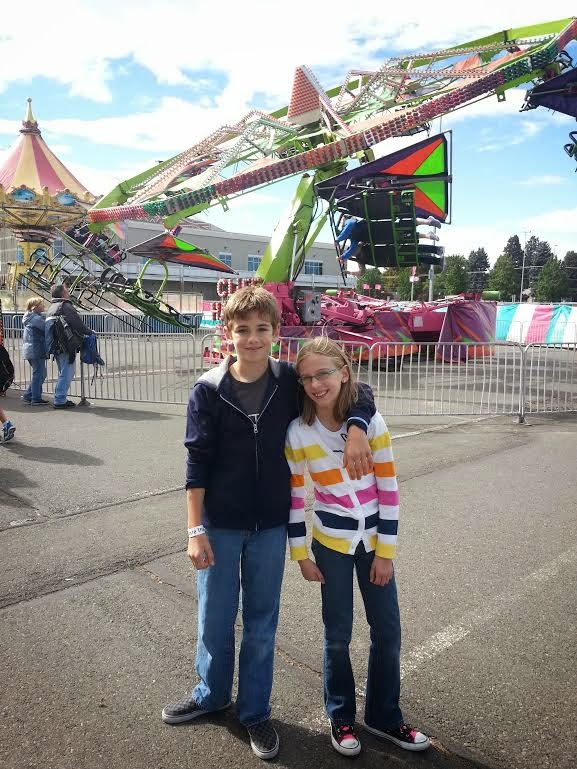 When Donald and I went on Rotary day, we had a nice lunch and then went off to see a few of the exhibits.
How I missed the Superhero exhibit with Ivan - I'll never understand!
I almost didn't want to tell him that we saw it when he wasn't there! 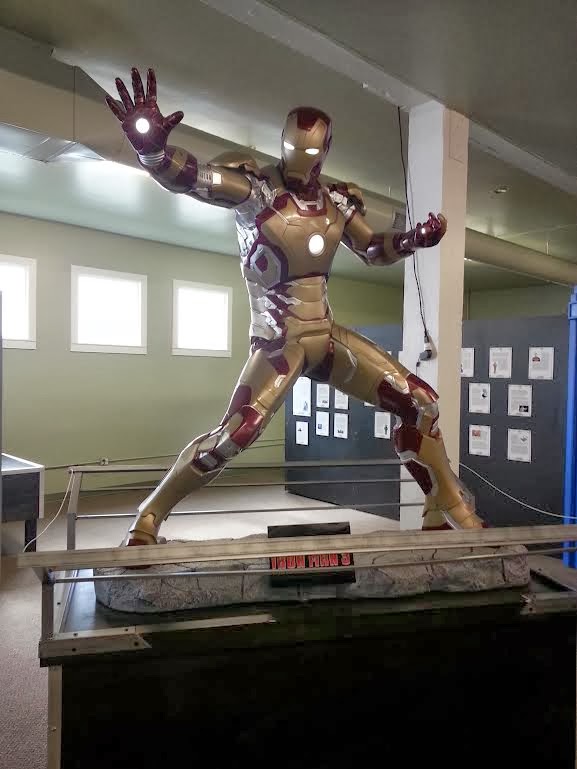 This was probably the coolest thing there... 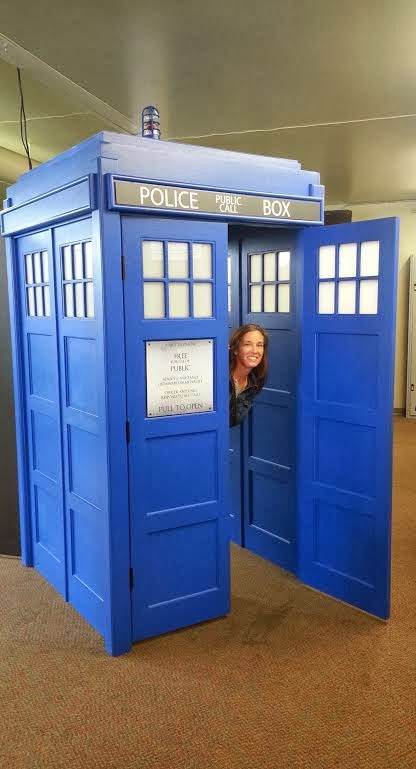 They even had it set up so it was larger on the inside... 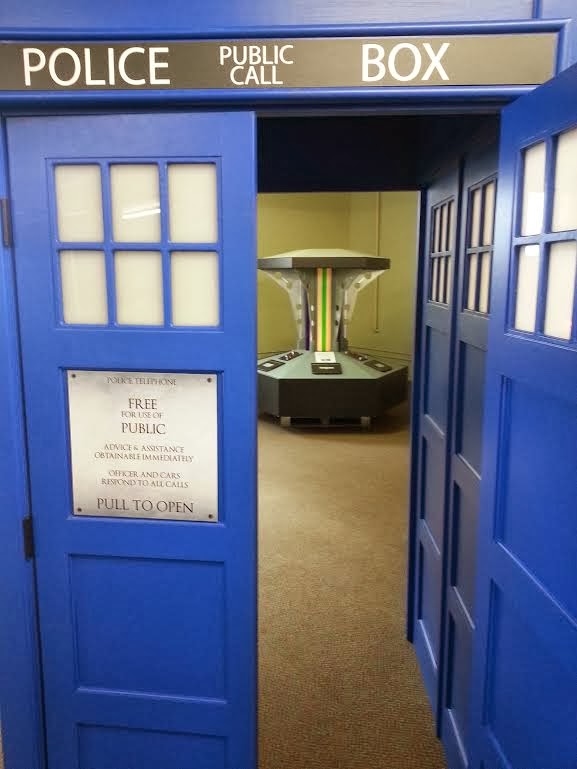 We saw animals, quilts, strange canned food in jars and giant flowers (Dahlias) as big as my head! 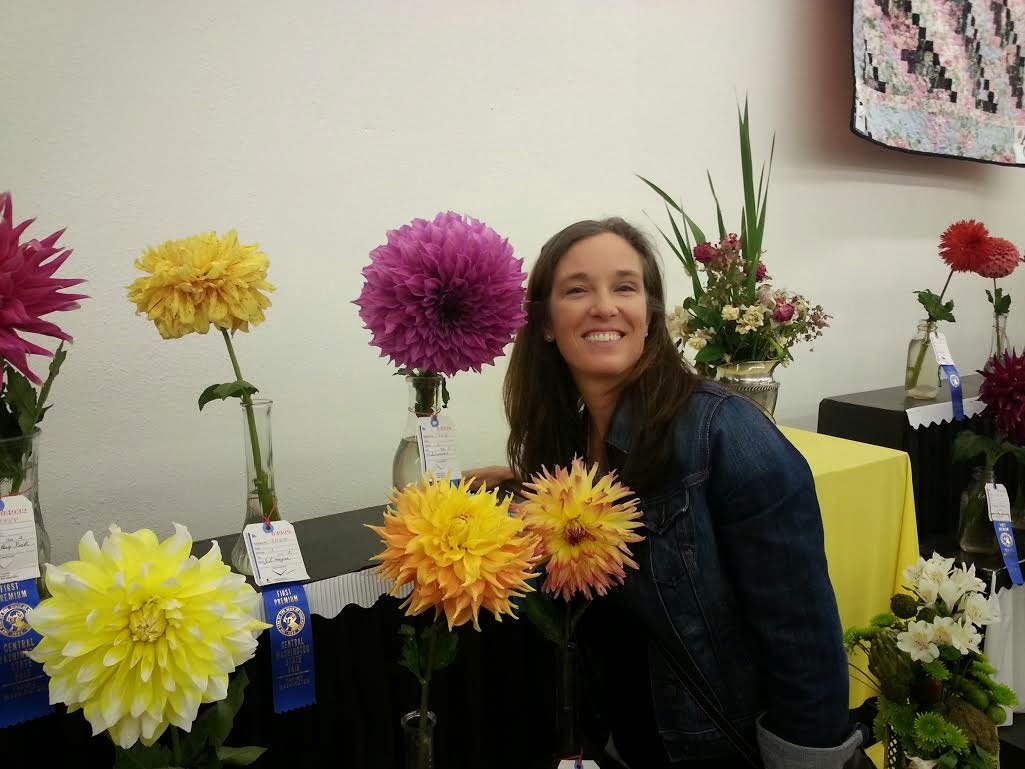 And we didn't forget to take a look at the student art section where we found work from Hannah, 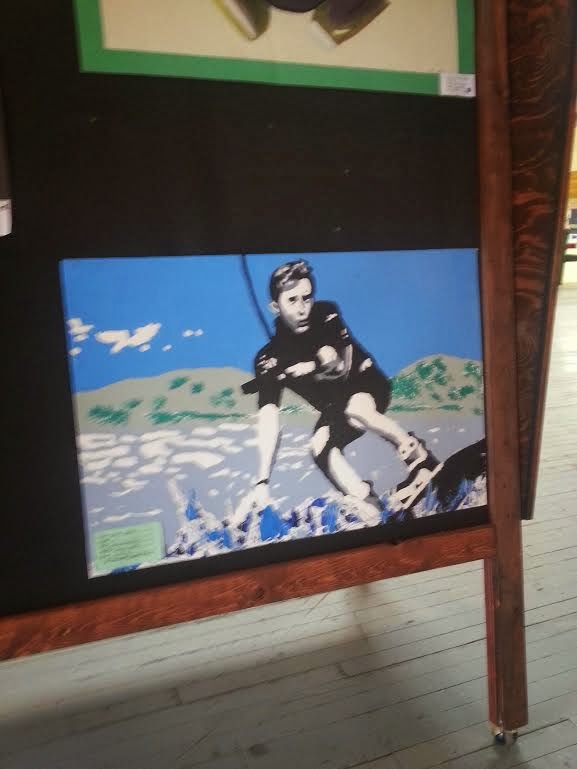 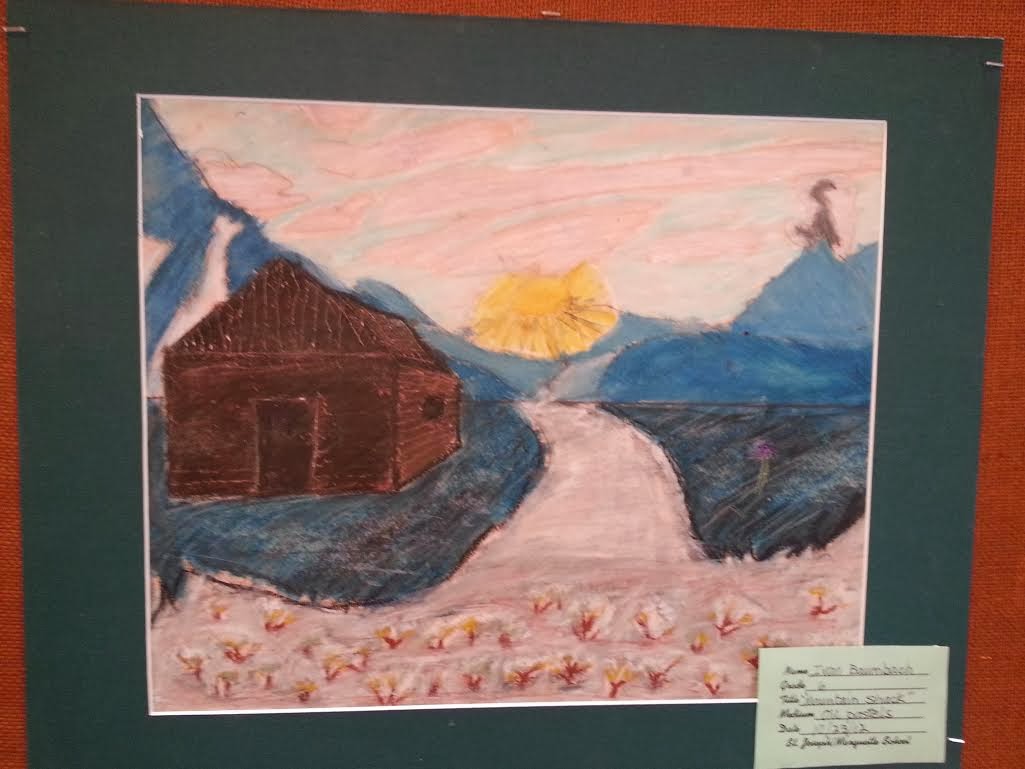 Jenelle is not happy that her art hasn't been included in the fair yet.
She creates some beautiful things so it's just a matter of time!
We'll cross our fingers for 2014!
Posted by Michelle at 8:31 AM 2 comments: