Ivan had to do a book report on a famous person, living or dead, and then give an oral report in the first person.
He considered Cleopatra (that would have been interesting) and Davy Crockett.
We went to the library and looked at several options, but nothing really excited him until he found a book about Elvis Presley.
Now he knows more information about Elvis than I ever did.

He was particularly fascinated about the fact that Elvis died in the bathroom...and that his dance moves were considered so naughty.

So, Friday, before school was out for Christmas holidays, Ivan had a chance to give his speech.

He started slow and as you can see by the pink cheeks and twisted page of notes in his hand, he was a bit nervous...at first. 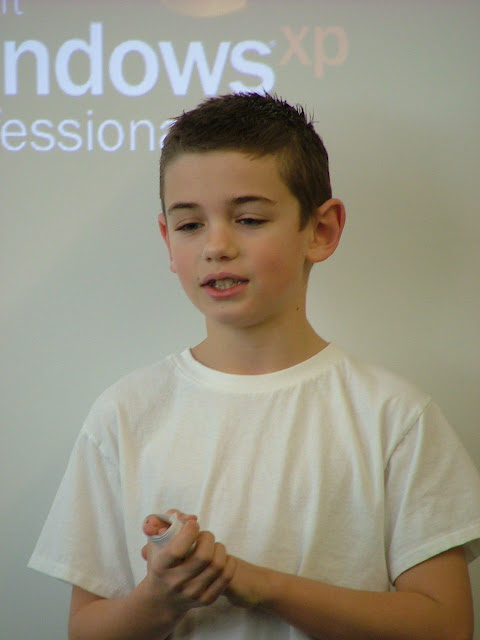 At the end of his speech, his teacher allowed three questions from his classmates.  This relaxed question/answer format loosened him up, and once he was done with questions, Mrs. V asked if he wanted to do a few dance moves. 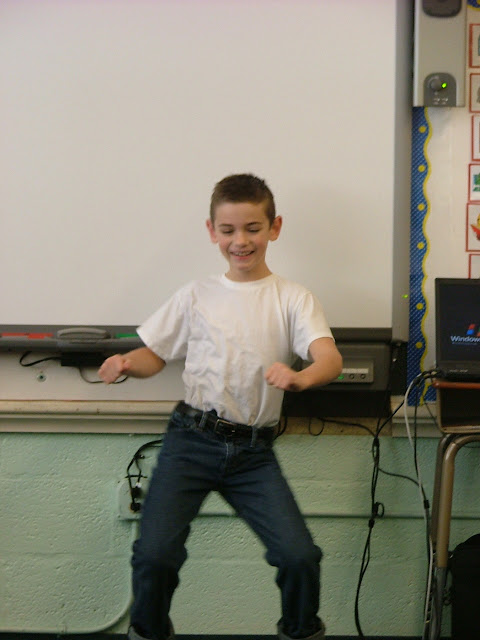 One of the girls asked for his autograph afterwards and that started an Elvis-type riot.
He told me later that it is hard to be a rock star because of all the girls grabbing at you.
Must be rough buddy.
Don't worry, Mom's happy to help keep them away!
Posted by Michelle at 4:06 PM 2 comments:

I took some pictures around 4pm when the last of the light was fading and the kids were playing. 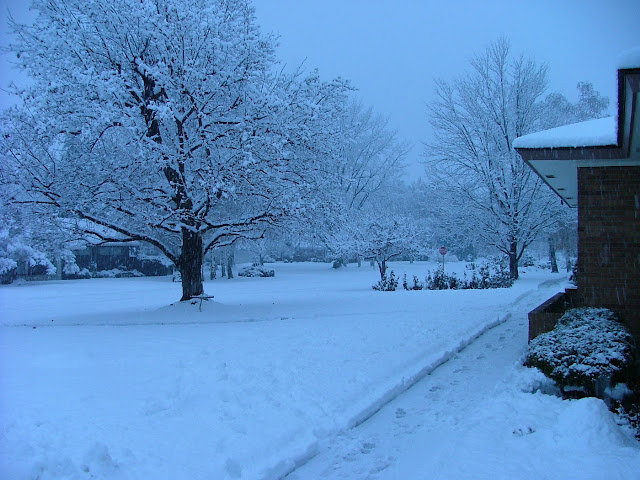 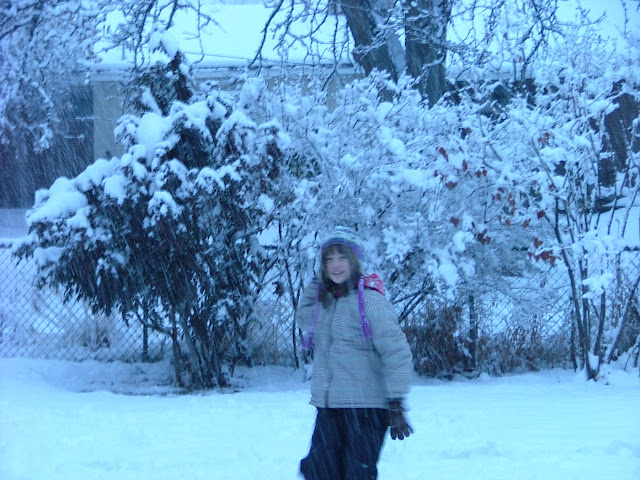 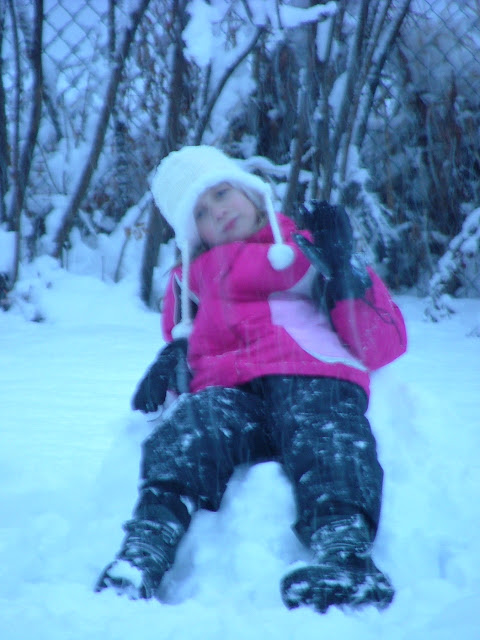 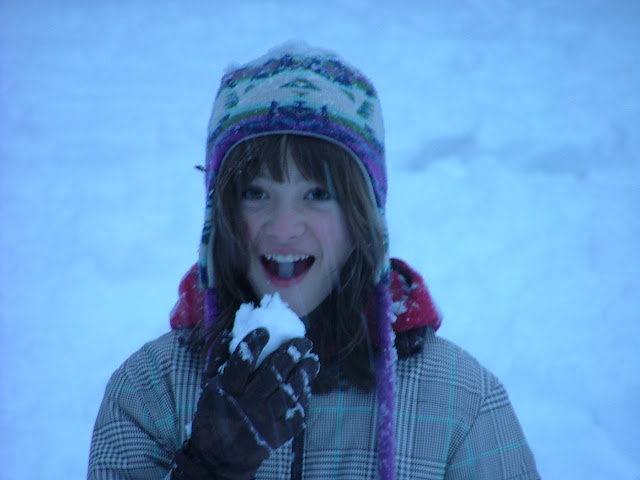 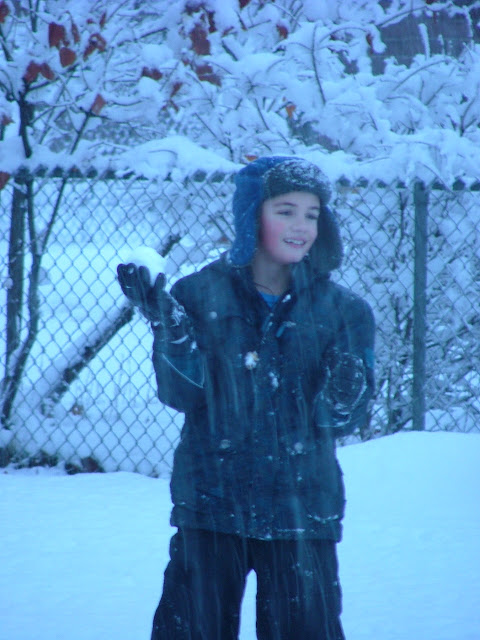 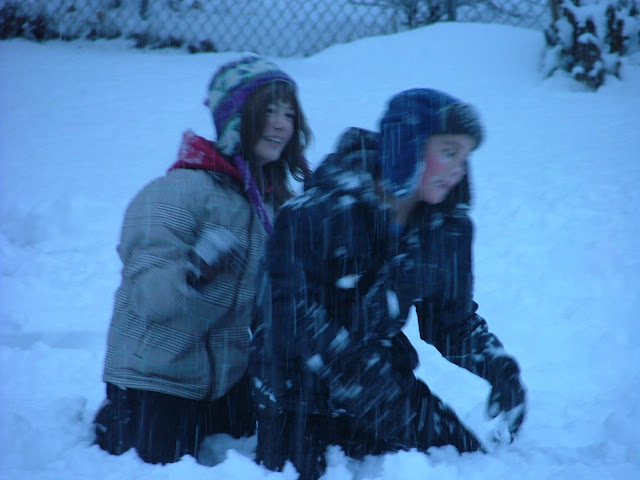 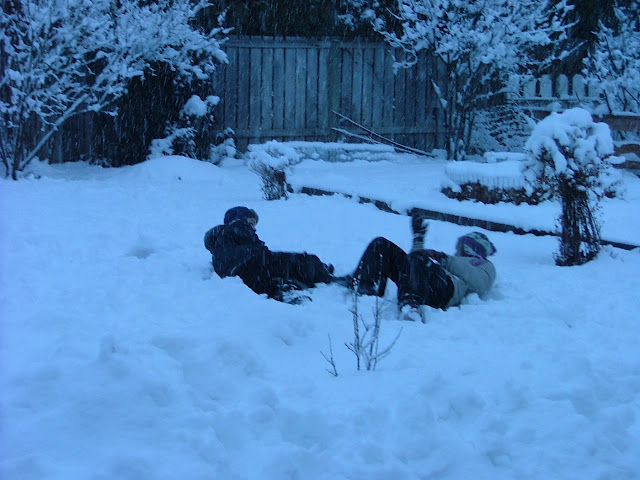 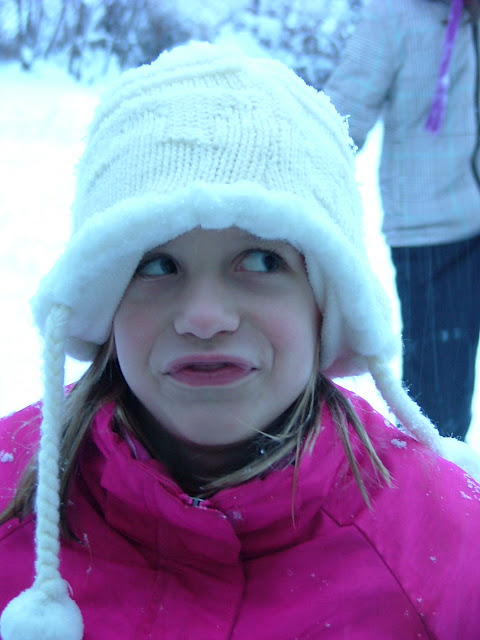 The next day it warmed up and so much of the snow melted.
Now its cold again and the snow that's left is hard ice.
More snow expected again soon - we're hoping for a white Christmas!
Posted by Michelle at 8:55 AM 3 comments: