Jenelle tried dance a few years ago.
She was soooo cute, but just not interested in it. 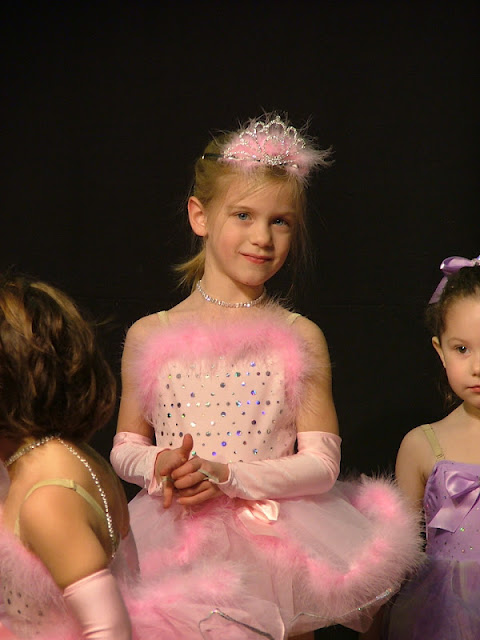 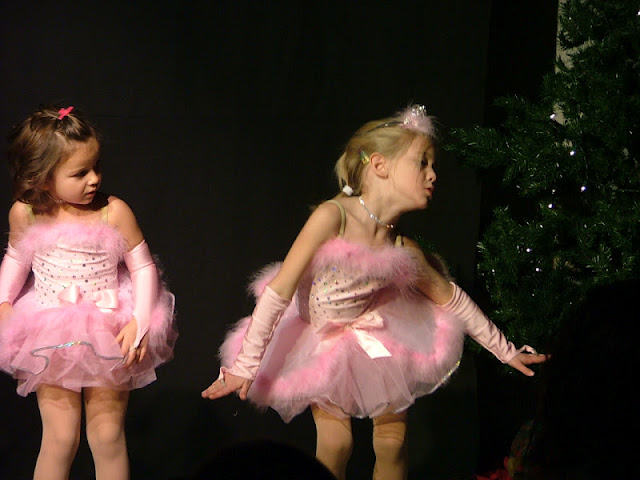 I think it might have been all about the clothes...

Anyway, after trying swimming for a while,
(cute again) 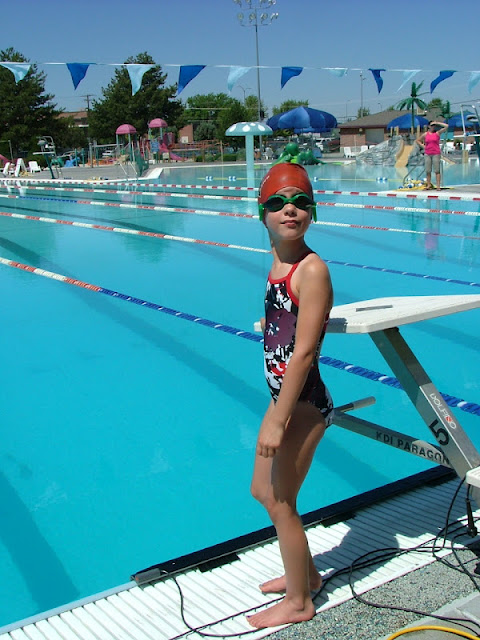 she decided she'd had enough of that!

She needed to find some activity that interested her...and was active, so she decided to give dance a second try.

This time we chose a school called CoMotion.
The brilliant part is that it is about a 3 minute walk from our house.

She really loves it!  She takes a ballet/jazz class and is having a great time.
They have a big recital in June at the Capital Theatre.

Parents aren't allowed to stay and watch the classes (seems pretty standard with dance programs), but a couple of times a season, they let you in for the last 10 minutes of class for a viewing.
Last night was a chance to see what they are working on for their big show!
Here are a few pictures... 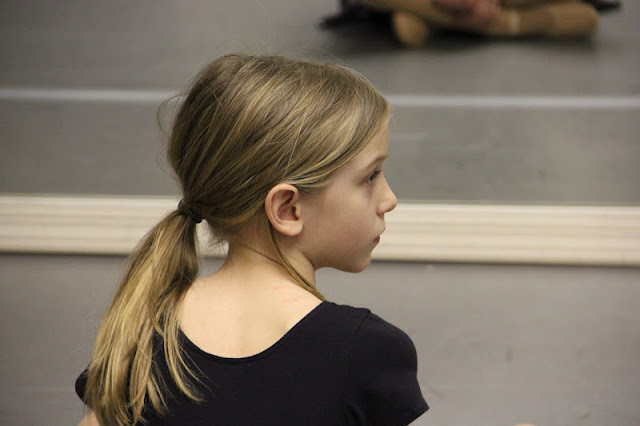 DONALD taught her how to put in her own pony tails...yes DONALD!! 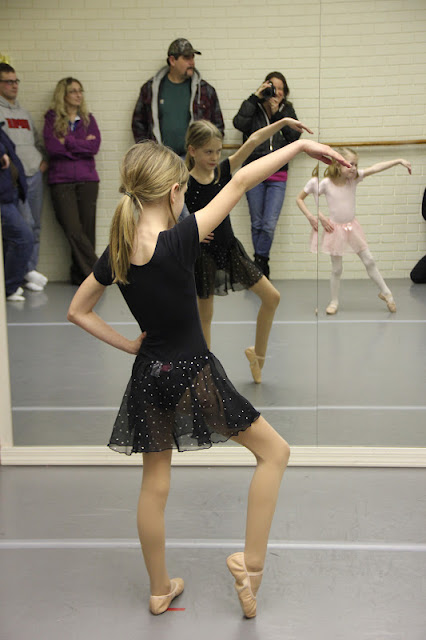 She's the oldest and tallest... 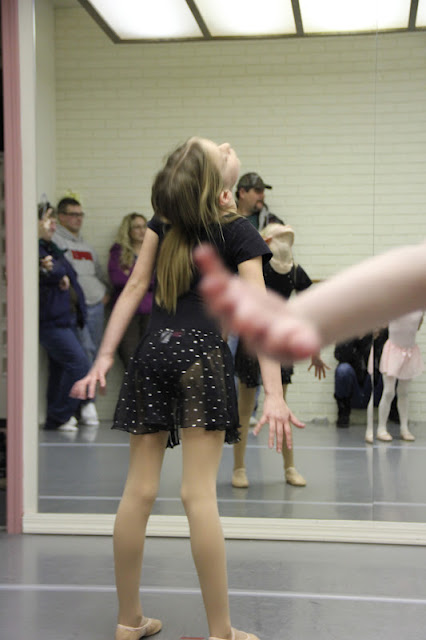 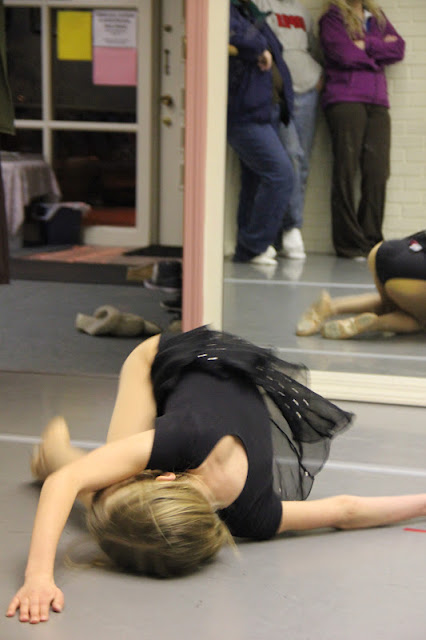 Coming out of a backwards roll... 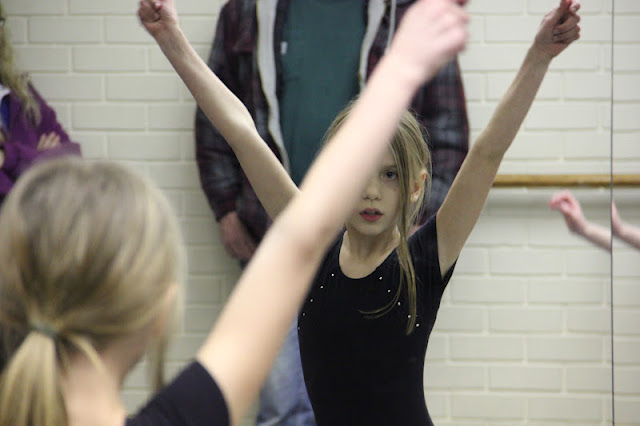 Unfortunately there will be no cameras or recorders allowed at the big show.
I'll take loads of pre performance pictures to share though!