Quite late, but still GREAT!

Ivan and Jenelle participated in the annual St. Joe's drama program again this February.
On the day of casting I was so proud when they came home and announced that they both got great roles.
Ivan got the lead as pop star "Bustin Jeabers" and Jenelle was thrilled to be "Patty" - Bustin's manager. 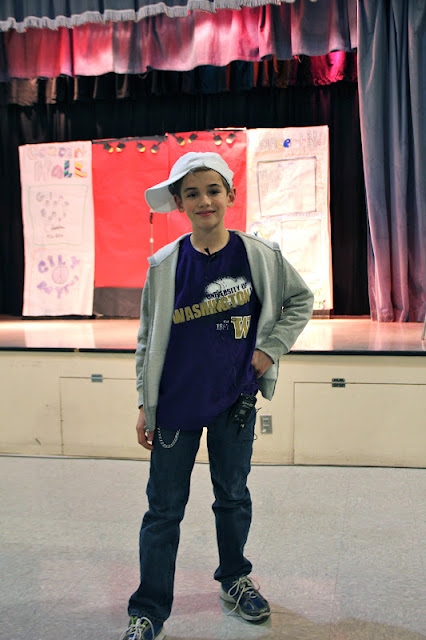 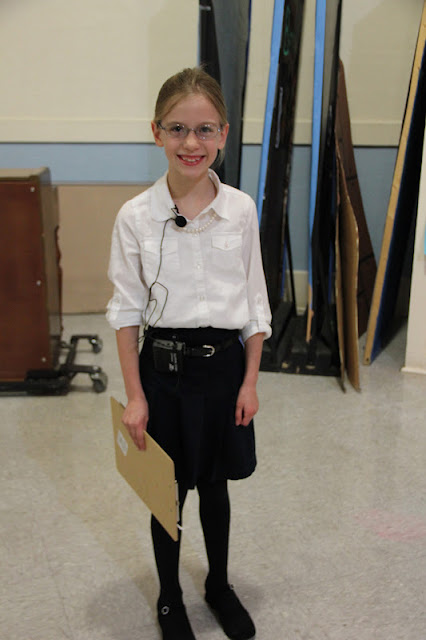 The play was cleverly crafted after The Emperor's New Clothes.
Ivan (Bustin) was a pop star that just had to have new clothes for his performances! 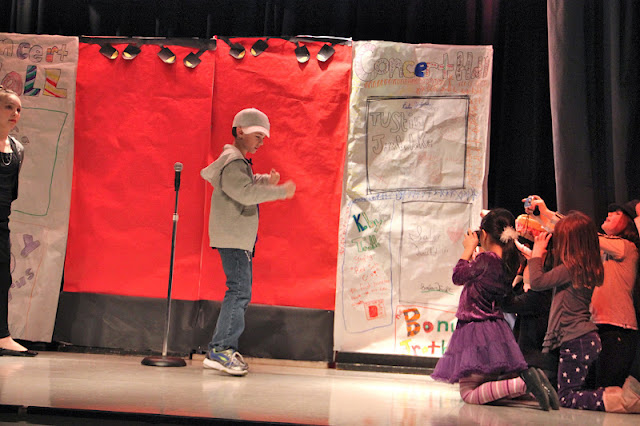 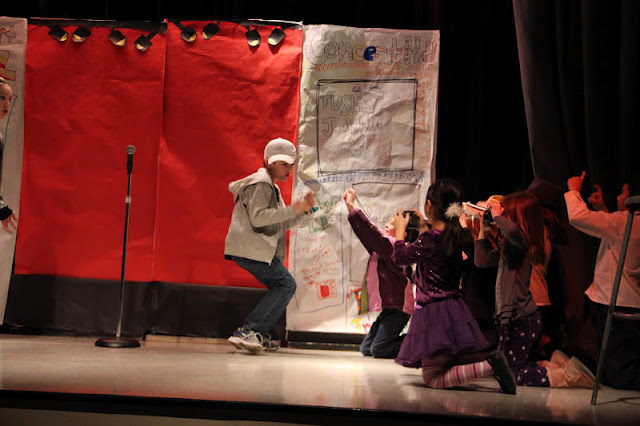 He was loved by the masses and couldn't bear to be seen in just any outfit!

His managers drove him to a clothing store and told him they'd help him get an amazing outfit!
He was excited! 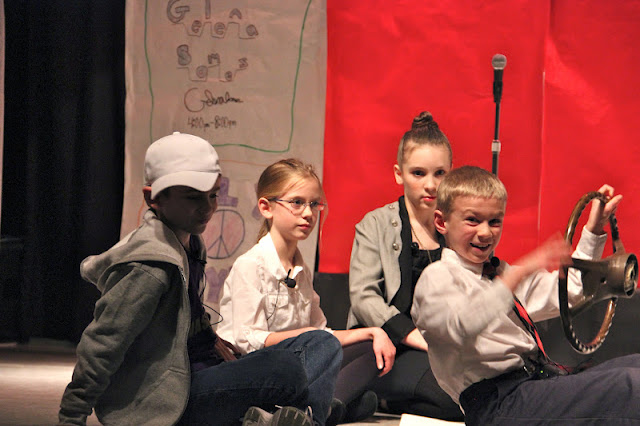 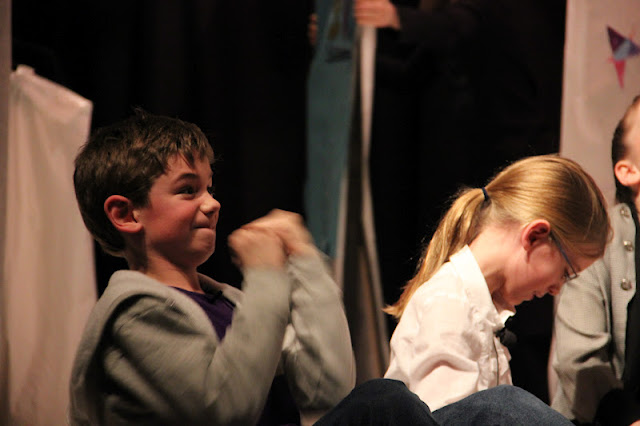 Once they arrived at the clothing store, Jenelle had a heart to heart with one of the employees to let them know how important this assignment is! 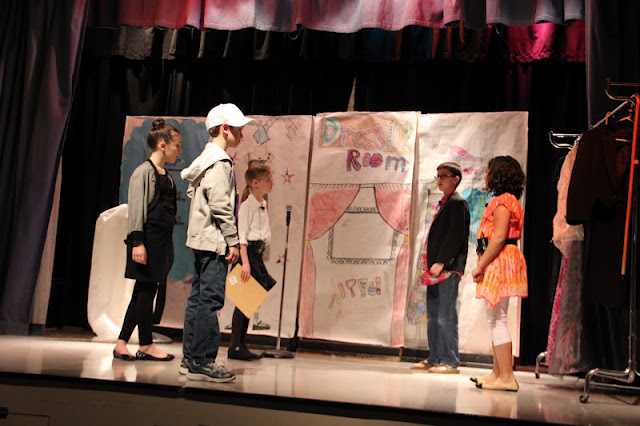 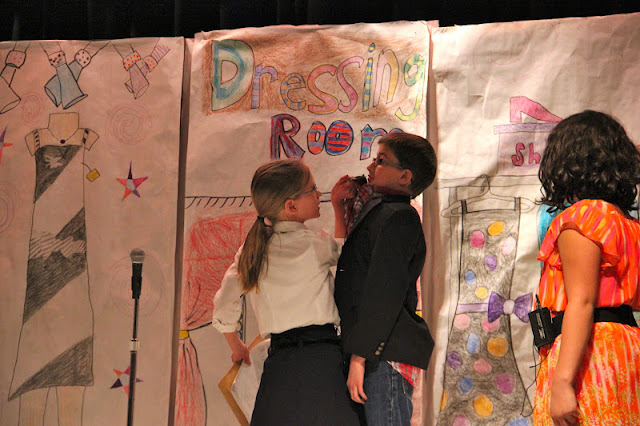 Well, as you know, the story gets a little "breezy" from here!
Our pop idol has an interview with the prestigious "Warbra Balters" in his new clothes! 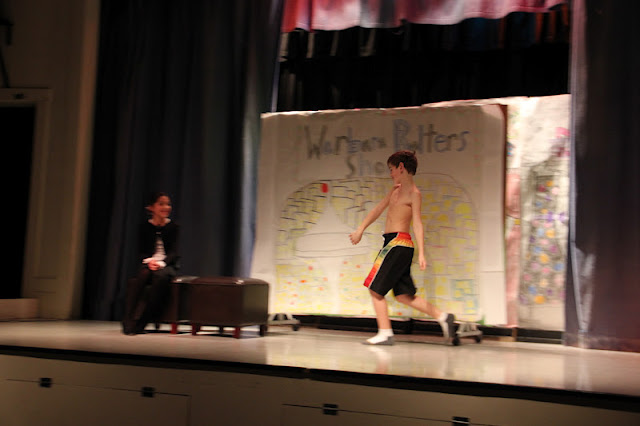 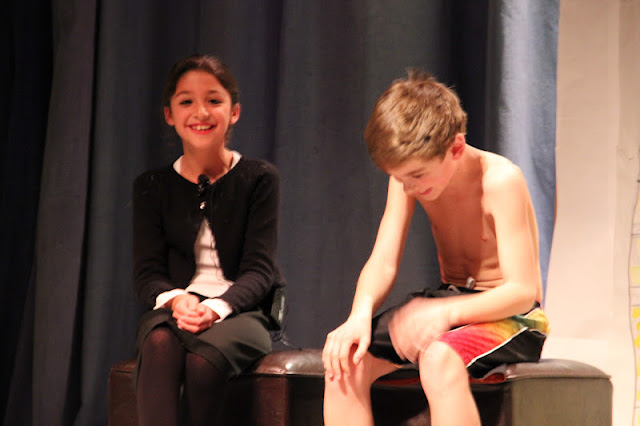 Then a performance for his fans! 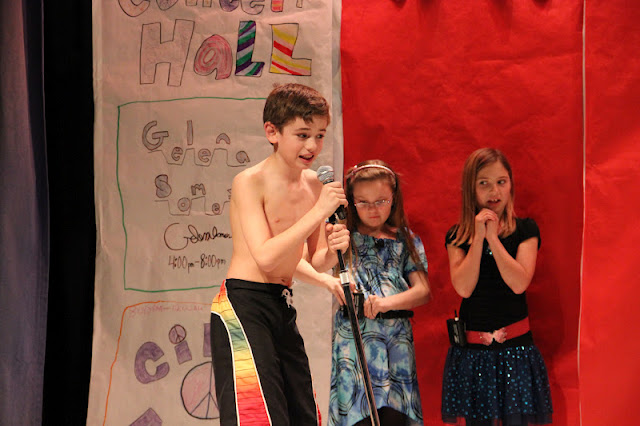 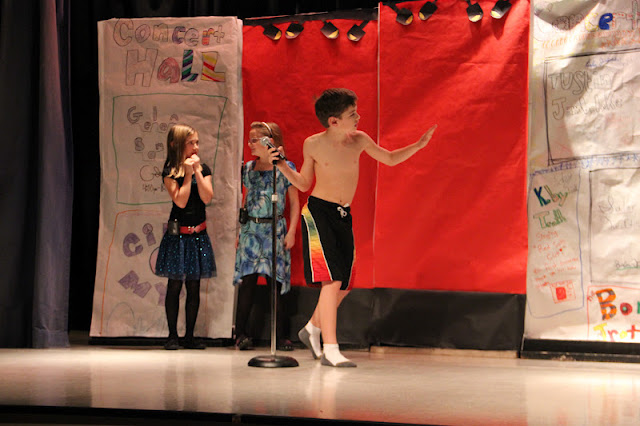 Well, it was a fantastic night!  Both kids did a great job and had so much fun.
Ivan was totally pumped.
As you can see by his curtain call, he felt pretty confident... 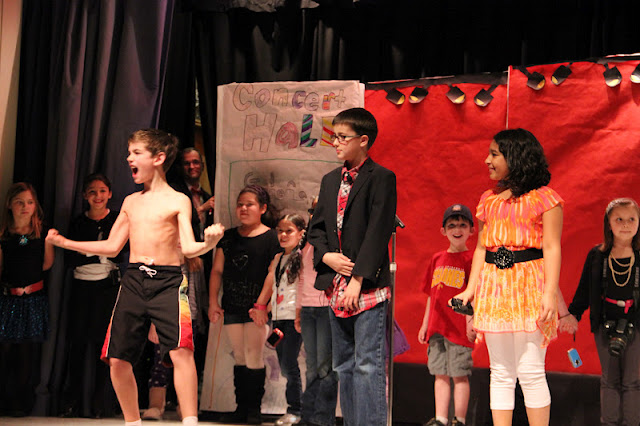 They were both flushed from excitement when it was over. 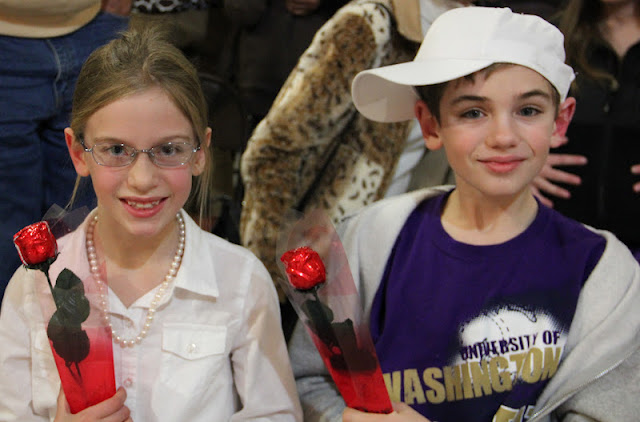 There was sadness at the end of the night though.
Ivan shed a lot of tears as this will be his last year in the program.
It's only open to elementary aged kids.
He's be in 6th grade next year (what???) and middle school has their own drama curriculum.

He ended on a very high note though, being the star and getting so much attention.
And he loves his drama instructor... 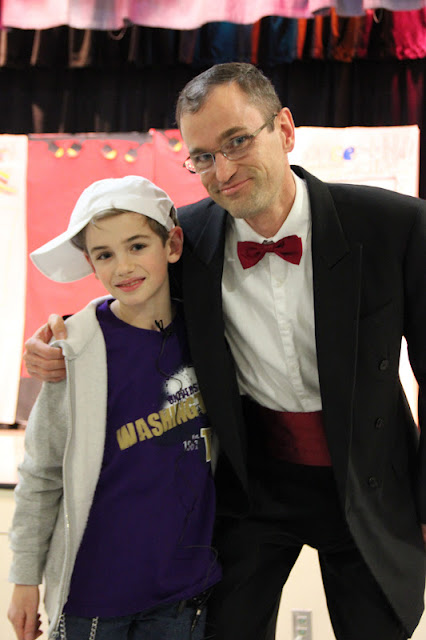 Good fun and great memories while it lasted!